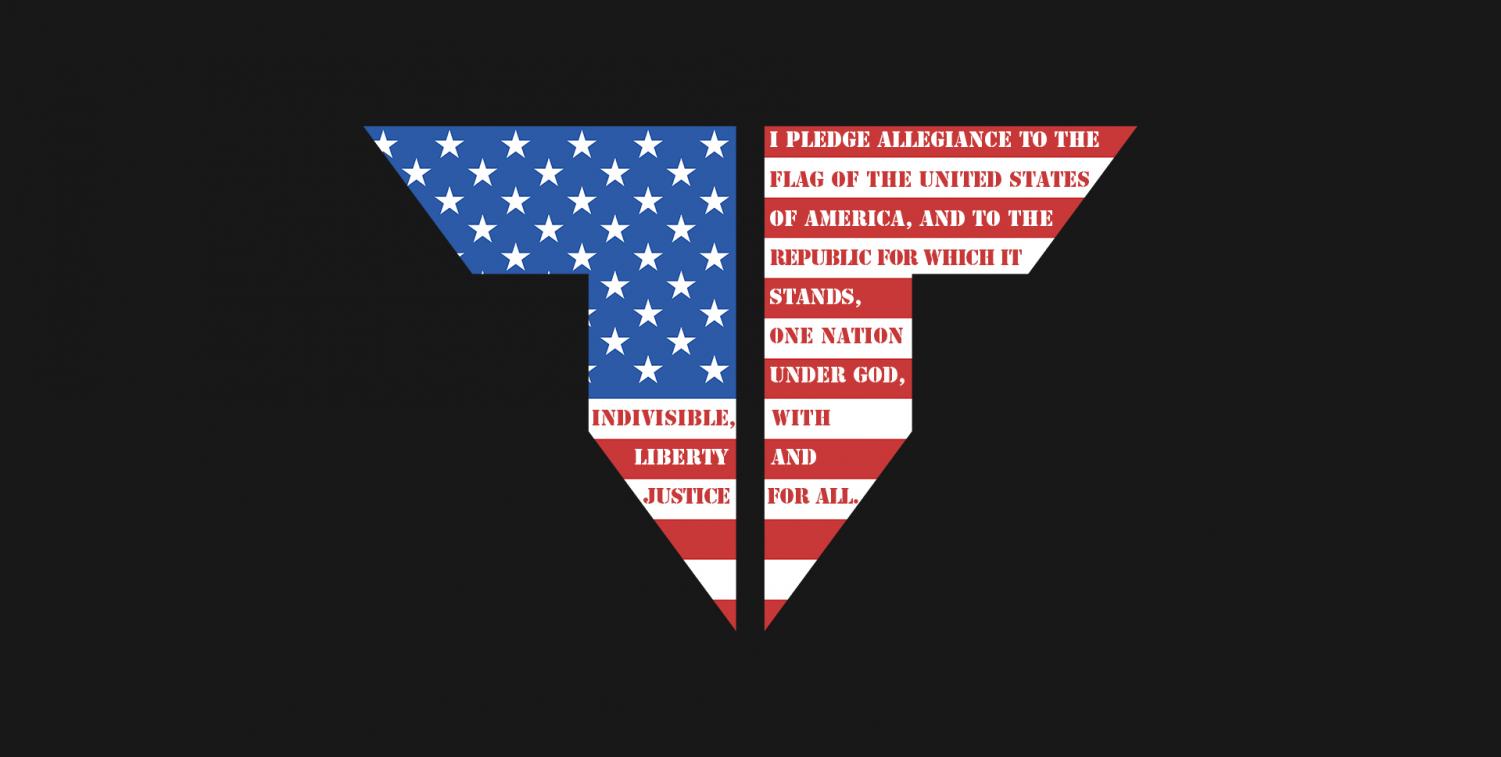 …With liberty and justice for all

A school gets back into compliance with Oregon law

Most students know the Pledge of Allegiance and could probably say the whole thing by heart. Tigard High is required by Oregon law to allow students to say the Pledge in high schools at least once a week, but for around ten years this school has been out of compliance with the policy. The administration has recently taken notice and is working to resolve the issue.

One of Oregon’s education regulations, ORS 339.875, requires a U.S. flag to be present in every classroom. In early December, administrators counted the number of classrooms that have flags in them, but were surprised to discover that 25 classrooms and places of student assembly are currently out of compliance with the state law.

Principal Andy Van Fleet explains how the flags could have been accidentally removed from classrooms. Teachers may have forgotten to put them back into place after moving between rooms or retiring, or a custodian might have taken a flag down for cleaning and left it stored away. To rectify the situation, Associate Principal Angelita Miller ordered enough U.S. flags for every classroom to have a flag after winter break.

The state regulation also requires schools to present students with the opportunity to recite the Pledge of Allegiance at least once a week. Van Fleet understands that the Pledge used to be recited at Tigard High during the morning announcements, but eventually just stopped. “At some point it got dropped. We thought, ‘Why aren’t we doing this anymore? We need to be doing it again,’” Van Fleet said.

The Monday morning announcements will now be giving students the opportunity to say the Pledge of Allegiance. You may pay your respects by standing up and putting your hand over your heart and reciting the Pledge or respectfully sitting and listening as it goes by. Any other responses, such as getting angry, talking over the announcements or looking at your phone will not be allowed and could get you in trouble.

History teacher Danny Rowe shared her opinion on why the Pledge is important in schools. “I do think that every class should have a flag. We’re setting a good example of what’s important in our nation,” Rowe said. “Lots of people have died and served under our flag for our benefit. We benefit from their sacrifice… This is the symbol that we choose in order to continue to form that more perfect union. We have to share a belief in something.”

Not everyone agrees with Rowe. Representative Barbara Smith Warner serves Northeast Portland’s District 45. She believes the law should be more of a suggestion than a requirement of saying it at all. “I agree with the premise, but I don’t agree with the execution. You can either let someone do something, or require them to do it. As far as the Pledge goes, I think they can let the classroom have the flag and say the Pledge, but they shouldn’t require them to.”

Van Fleet realizes that there might be pushback from the student body. “We realize some might not like this, but it’s a law, and we can’t do anything about it.” He wants to be sure that students are educated about their options surrounding the Pledge. The school has a requirement to offer it but students should make their own, responsible decisions about whether they want to join in.

Whatever your beliefs are, the school is going to start saying it after winter break, so every student will need to decide whether they would prefer to join in or sit out.