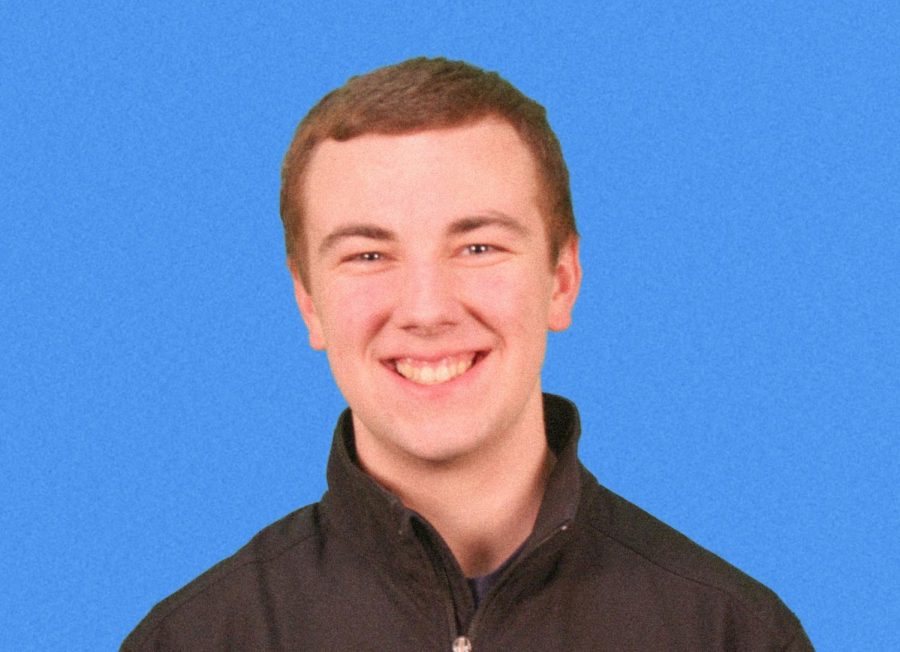 Courage to take a year away from home

Traveling to a different country is something many people aspire to do, a leap of faith into another culture and environment. Senior William Christensen took that leap a year early and went to live in a whole different country—Japan. It’s not something everyone would be able to do. It takes guts to leave everything behind and go to a country that you barely know anything about, but Christensen was an exchange student in Japan for 11 months.

Christensen left Tigard High in the summer before his junior year, and returned in July to finish his senior year at home.

Rotary Club had reached out to Christensen because they saw him as a well-rounded student who would enjoy and benefit from being an exchange student. Christensen didn’t even need perfect grades to go. “They never seemed to asked me [about grades],” Christensen said. “I had higher than a 3.0; I think that’s how they initially decide.”

Being an exchange student is one thing, but being an exchange student in Japan is a whole new challenge. “[Japanese is] one of the two languages that’s furthest from English,” Christensen said. “The grammar is different, and typically in Japanese there’s no subject in the sentence. I think that was pretty different and hard to get used to.” Luckily, he only needed to know a little bit of Japanese to go. All he did was take Japanese 1, then he got invited by Rotary Club and was convinced to go live in Japan.

A different school in a different country was definitely a whole new experience for Christensen. Some things are very similar to school here, while some parts are wildly different. “They had six classes a day and on Wednesdays there was an extra one, and it was called Global Communications,” Christensen said. “But it was really just college prep.”

One might think that being an exchange student would cause a lot of homesickness, but Christensen was too excited by the new atmosphere to be homesick. “Getting away from the rain for sure was one of the best parts,” he said. “And just [experiencing] a different culture.”

Christensen’s perspective of our culture was bound to change after those diverse 11 months, and it did. “Even though they’re not really that far when you fly by plane, it’s really interesting to explore the reasons as to why we’re so different,” Christensen said.

Christensen’s friends missed him while he was gone, but they were excited for him. “I definitely missed Will,” senior Annika Stollberg said. “I knew he would have a ton of fun in Japan though, so I was happy for him.” Christensen leaving for a year also gave his friends a glimpse into what things would be like in college. “Not seeing your friends for that long is definitely hard like it will be in college,” Stollberg said. “But it provides a whole bunch of opportunity. Will and I were close friends before and after he left.”

His friends also agreed that Christensen had changed in Japan but in a good way. He now had so much more knowledge and experience of the world around him. “Our friendship changed because of how much he changed when he came back,” senior Karum Alzgal said. “It became much stronger.” Friendships come and go, but time and distance didn’t seem to affect Christensen’s friendships too much. “We were good friends before,” Alzgal said. “But after he came back we became a lot closer than we were.”

Christensen’s friends thought going to Japan was such a good opportunity for him. “It seems extremely interesting to delve in other cultures,” Alzgal said. “It would be beneficial to know the perspective and culture of people outside of the U.S.”

One of the things Christensen missed most about Oregon, other than all his friends, was band. “I think that just the worst part was missing marching band; that was hard to get through,” Christensen said. But he was still involved at his new school. “I did band from when I started in Japan into May, and then I switched to Kendo, which is like Japanese sword fighting, just do something different,” Christensen explained.

It’s a big change in life to drop everything and go live in a strange place. “It takes a lot of self responsibility to be able to do that,” Christensen said. He recommends everyone try to be an exchange student at least once. There’s no better way to experience the world than by seeing it from a different perspective and living your life in a completely new environment. Every day that went by in Japan, Christensen gained more knowledge and a deeper respect for our world.

There were many ups and downs of being gone for so long, but Christensen wouldn’t trade his experience for anything; he would go back in a heartbeat and he loved every minute of it. “Even if you’ve already passed the deadline for Rotary or AFS, definitely consider doing it in college because it doesn’t really matter the age that you do it, it’s just the amount of time you’re there and I would say the longer the better,” Christensen said. “I’d for sure recommend it to anybody.”