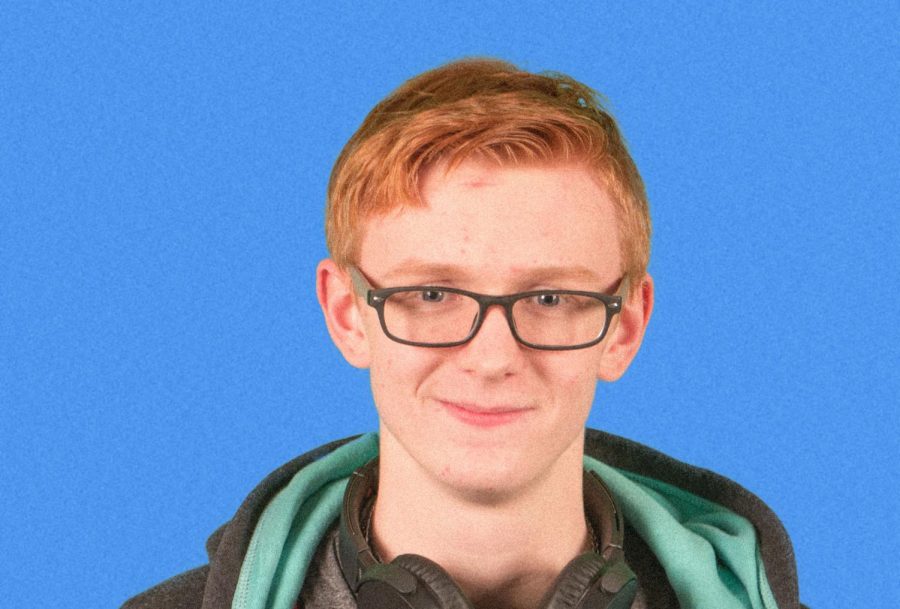 The sound of the tenor saxophone starts out slow, it rasps as the volume increases and the crowd cheers. It’s technical, everything the musician is doing is meticulous and recited, he could play the song backwards if he wanted to. As the song fades out the crowd leaps to their feet, applause fills the room, they loved it, but not as much as he did.

Music today is a force of life, it’s an inspiration for many people. Tigard’s own Thomas Poff-Turner is a perfect example of this. Music has caused him to become an excellent practitioner and now he hopes to bring his dreams into the spotlight.

Starting in 6th grade like all band class students, he wanted to try the saxophone; admiring its versatility.

Following this new-found interest, he tried clarinet for a year then graduated to the tenor saxophone, soon thereafter joining the school’s jazz program. As the months went on, he began to master the instrument, making it his own. Since entering high school he is now a part of the Tigard Jazz Ensemble and has loved being a part of it since the beginning.

One of his favorite things about performing is being on the stage, being enveloped in the  attention and becoming an entertainer. Wanting this to be his dream for many years he describes it as,

“Performing music professionally is is a dream that I have always had. Even before I started playing saxophone I always wanted to be on the stage performing.” he recalls. The feeling of every person in the audience watching, judging you can be nerve wracking. But when you are on stage just playing your heart out and doing what you love, putting passion into every note, it feels amazing. It’s such a rush yet so relaxing at the same time.” He explains. “It is one of those feelings that is difficult to describe because not only is the feeling complicated, it is also different for everyone. It may be too much for some people, but playing on stage is definitely for me.”

Thomas not only wants to stay in the band until school ends, he wants it to be his future.

“My dream is to have a band that aims at reviving music. Nowadays, music is mostly electronic and based on lyrics. I want to show people what music really is and can be. We will do this by playing all kinds of music like jazz, funk, covers of pop, all kinds of music. I hope to have this band travel the U.S to spread and revive music. Hell, someone’s gotta do it”

Finally as a piece of inspiration for all the upcoming musicians in Tigard High he says,

“For those beginning musicians out there, one thing to remember is to not overthink music. It starts off pretty confusing but it is more simple than it seems. The music you play and the way you play it is simply a reflection of yourself  When you go on stage and play your jazz improvised solo, nobody else in the entire world can play it the way you do, because they aren’t you.” He says. “If you aren’t very good at your instrument, be sure to use your passion, not just your brain.  Yes of course your brain is important but if you don’t have the attitude to play the music, it will not turn out the way you want it to. Your music is you, show the world the real YOU.”