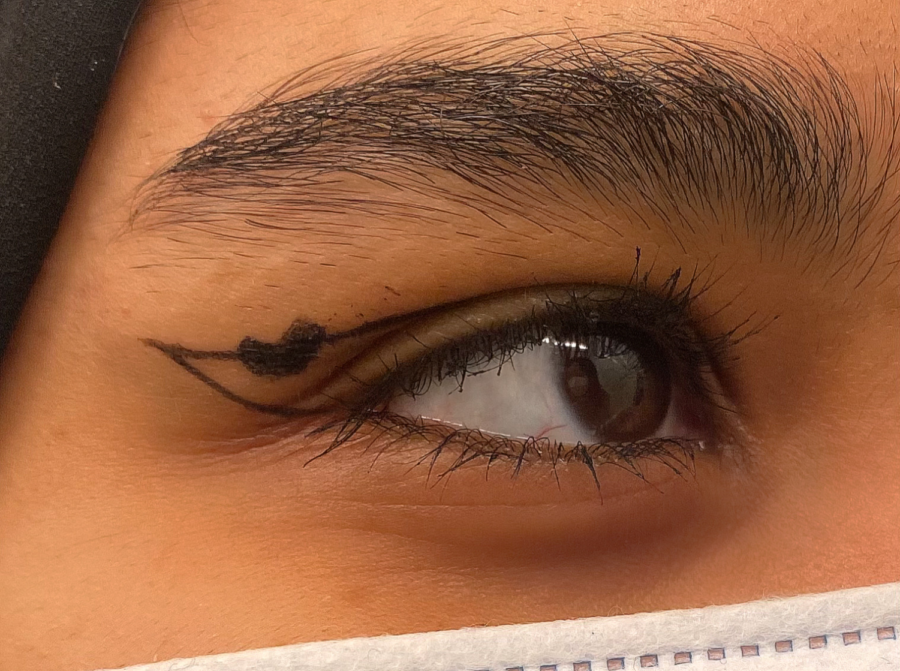 With all your heart: Valentine’s eye makeup ideas

Aren’t you excited for Valentines? Singles and non-singles alike, there’s at least something we enjoy about this day of the month whether it’s receiving a valentine from someone you’ve had your eye on or receiving a valentine and just taking the candy. In my opinion, for a pretty holiday you should dress up to have an equally pretty look, like Halloween. Down below, my friend Manha and I tried four makeup looks on ourselves and others. We’ll give our thoughts and a rate, consider trying out any of the following! 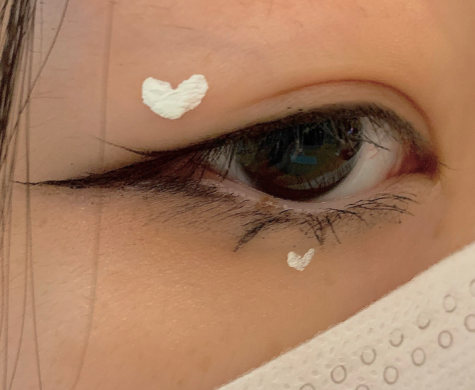 Just a basic eyeliner look, downturned wing with the end curved slightly up, and an extra wing for a little lash illusion. Then two little hearts above and under the eye.

“Definitely one of my favorites because of the simplicity, pretty good to wear casually too.” – Sarah

“As someone who doesn’t do makeup much because I find it’s too difficult, I’d definitely recommend this look because of how simple it is.”  – Manha 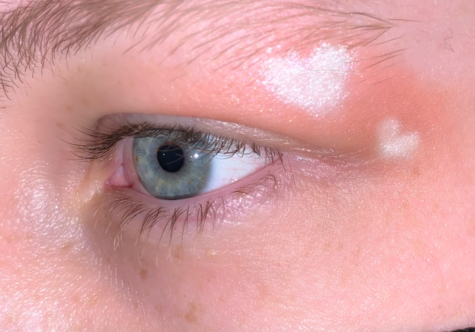 This look is just eyeshadow and highlighter for others who aren’t big on eyeliner or not very good at it. Pink shimmery eyeshadow, rounded at the corner of your eye and two hearts drawn in with a thin highlighter pencil.

“I thought this one was actually really cute, the bright, shiny white really brings it together!” – Sarah

“This look is adorable. I love how shiny it is and the colors! ”  – Manha 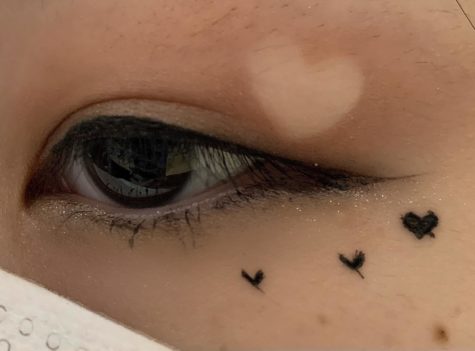 Dark red eyeshadow was applied of a heart-shaped piece of tape, winged instead of rounded, another downturned eyeliner + 3 miniature hearts lined under the eye, finalized with a little glitter in the corner of the eye and under the wing

“I was kinda worried about this one and it took the most effort since I had to cut out the heart tape, but it turned out really nice, definitely recommend it!” – Sarah

“ I absolutely LOVE this look, it’s adorable and literally everything about it is perfect!” – Manha 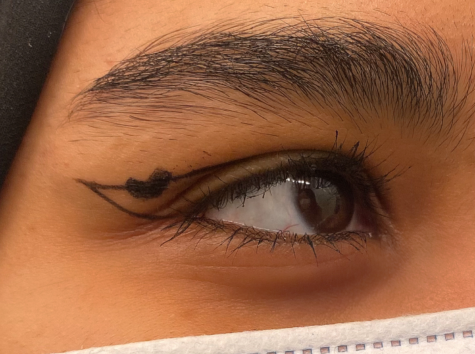 “Nice and simple black with a cutting edge wing, looks pretty good to me!” – Sarah

“One of my favorite looks! I’d recommend it to anyone who wants a simple and easy look but still very cute!” – Manha