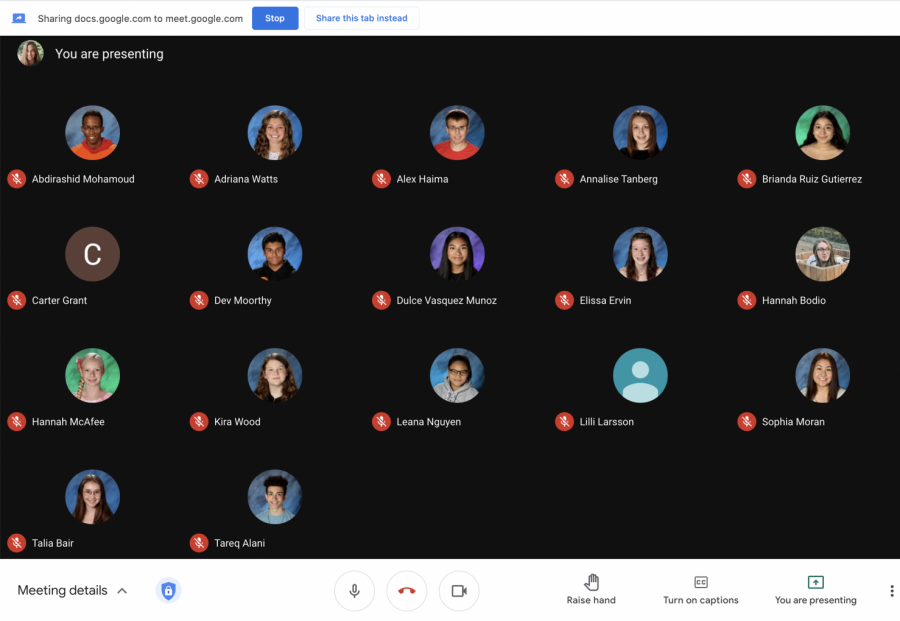 By Talia Bair, Intro to Pubs

Over the weekend, the profile pictures of all the TTSD students changed to their previous year’s school photo.

The district office sent an email to students explaining that teachers can better connect with students by seeing what they look like and will be able to put a face to the name. Students were initially confused and surprised like Kira Wood.

“I was confused, and thought my account was hacked for a minute,” Wood said.

Some students felt anxious, feeling like their picture was not good. Other students, like Elle Ervin, didn’t mind.

“[I was] kind of surprised but I don’t really care,” Ervin said.

The photos were locked at first, but soon after, students were able to change their picture.

According to Assistant Principal Lisa Dailey, in an email to staff, the change to unlock the photos was made quickly.

“IT changed student profile pictures to their Synergy photos over the weekend,” Dailey said, “but concerns arose around student privacy; for instance, students who have a school picture that may not represent their gender identity, or for those who have been bullied.”

The negatives of the change were thoughtfully addressed, and solved simply by allowing students to change the images once again. Some students have already changed their profile picture, while others have not.