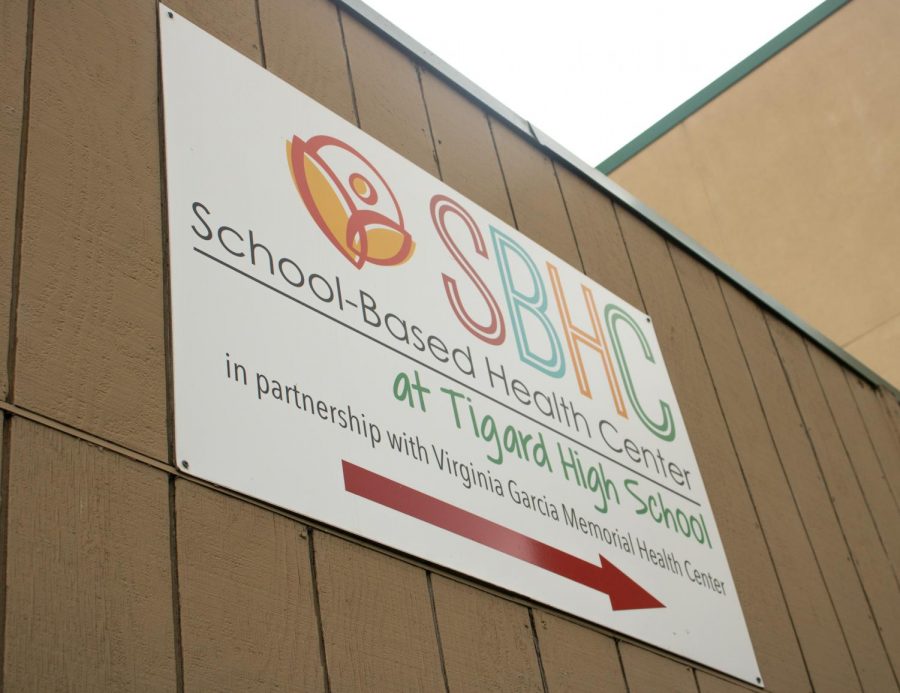 The School-Based Health Center is a place menstruators can go if they have questions or need help. Period Club and Amnesty Club co-host a feminist panel on Tuesday, Feb. 11

Miss Oregon Shivali Kadam and neonatal nurse Nicole Frostad, will be part of an all female panel hosted by both Period and Amnesty clubs at 3:30 p.m. on Tuesday, Feb. 11 in N207. These influential women will converse over the topics of feminism, their careers, as well as period poverty and period stigma.

“No matter what, everyone has some sort of relationship with a period.  Whether it’s your mom, sister, friend, or girlfriend, you somehow have a connection to periods even if you are not a menstruator yourself,” said Service Officer, senior Olivia Niemi.

The chapter president of PERIOD @ Tigard is senior Olivia Young.

“I think that stigma comes from talking about periods, we don’t really talk about women and their menstrual cycles and what they go through; it also could be considered gross,” Young said.  She also talked about how some of her friends, both male and female, still felt embarrassed and had that uncomfortable barrier around them when talking about their periods.

“I would never be able to know what it’s like,” senior Liam Futrell said. Being a male, he had a different perspective on periods than a woman does.  He described it as, “that time of month,” as most people do.

Young thinks that for many years periods have become a source of shame, such as when women say, “I’m on my period, I can’t do this,” where really we should be uplifting other menstruators all the time, but especially when they go through their cycles.

“Menstruators are capable of doing the same things as non-menstruators, and sometimes even better,” Young said.  She believes that everyone has the same possibilities, and a period does not stop you from achieving that. Young also talked about periods at school, and how they can affect a menstruator’s life if their needs are not met.

“We can help with cramps, regularity, contraceptive options, and teaching what is normal and what is abnormal,” said Certified Pediatric Nurse Practitioner Alice Hamilton.  Hamilton works at the Student Based Health Center which is available to all Tigard community members ages 0-21. Thanks to a grant given to the facility by the city, they are able to provide many different options of help for menstruators, which Hamilton mentions above.

“Every female has a menstrual cycle, so it’s nothing to be embarrassed or ashamed about,” Hamilton said. “Periods happen and are a way of life for everyone; it’s always important to remember that.”

Students can come to Tuesday’s panel to ask questions, to learn more about period poverty and stigma or to be inspired by female role models.