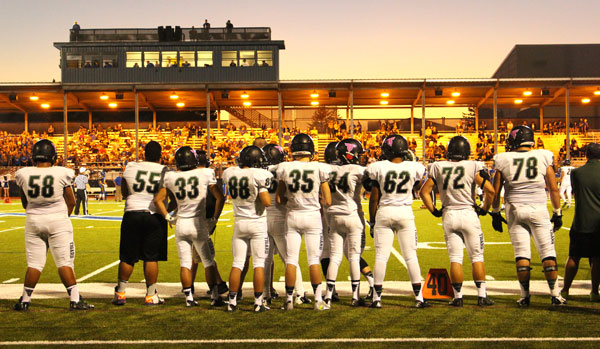 One way hundreds of students make it through the school year is athletics. Whether it be any sport such as lacrosse, golf, football, or softball, the athletic community is very popular at Tigard high, but are some sports not given the credit they deserve?

A majority of the students at school, if not the entire school, are aware of the football team. So far this year, the Tigard football team is ranked number two out of hundreds of teams in Oregon. That being said, it isn’t arguable that Tigard has a great football program. Tigard is fortunate enough to have amazing athletes committed to the football program along with a great students section, however, it’s debatable whether or not a student section improves athletic ability. Being that football is the most popular sport in America, it comes with the culture as well as the high school experience, but what about the other sports? Since programs such as golf, water polo, or the snowboard team are much less popular, they are at a disadvantage. Regardless, there will always be be certain sports that are more popular than others, but it seems as if some sports don’t get any support at all.

“I have heard from many of the team members that [snowboarding] doesn’t get the credit it really deserves,” stated the snowboard coach Mason Andes.

One definite reason for lack of support is promotion. If people aren’t aware that there is a team for a certain sport or when the games are, there is no way they can show their support. To a certain extent, it is up to the participants to get the word out there and make themselves known. Social media is also a large factor. Girls on the volleyball team, for example, are constantly announcing on social media when their games are, same with football, the Tigard high school twitter constantly tweets football game dates and times.

“I think social media like twitter or instagram are great forms of advertisement. I see football, soccer, and volleyball players tweeting about their games and I think it definitely helps people know what’s going on,” said junior Briauna Renne.

Another way some ports are are greatly benefited is through fundraising. Whether one sport is more popular than another, all of the money from the district is evenly distributed for all the sports.

“The district has a general fund that pays for our coaches salaries and then money is allocated for transportation, officials, and event management. The pay to play [fee] goes in the general fund,” said athletic director Alan Boschma.

It seems as if the football program is constantly getting new jerseys, cleats, and other things that aren’t completely necessary, but that are nice to have. The football program is very fortunate to have dedicated parents who spend their time working at concessions to raise money or who donate their money to create a better program. Another luxury available to some sports are private locker rooms. Though the girls and boys locker rooms work just fine, it’s always nice to have a private room. In 2013, the girls basketball locker room was built with the money raised entirely by the team. This impacted many athletes. With three separate team rooms available, different sports or different teams of one sport could take advantage of the rooms. When the basketball locker room was built, two of the team rooms were made one, leaving only one small and one large room. This is extremely useful to the basketball players who thoroughly enjoy having a separate room to themselves. It has been said by many sports that they don’t get as much as sports such as football or basketball but each sport is allowed the exact same amount of money with minor exceptions, it’s up to the program to take advantage of fundraising.

“Our program works very hard to fundraise. The district helps us out when we have needs with safety equipment but the majority of our purchases come from our own fundraising efforts,” said varsity football coach Marc Jolley.

Each sport has their advantages and disadvantages, and though some sports are less popular, that is always how it will be unless a change is made. It’s up to the athletes and teams to make a difference in promotion if they want more fans, or fundraising if they want more money for their program. Sports at Tigard are very controversial and it’s sometimes hard to see things from a different perspective, but at the end of the day, each sport is granted exactly the same thing as another sport.