Game of Thrones returns for season 3 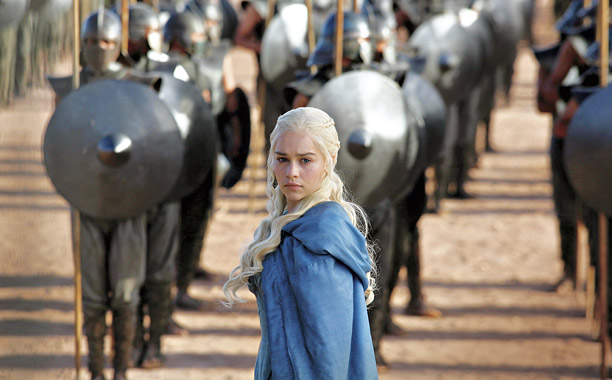 After an almost year-long hiatus from Home Box Office screens around the country, Game of Thrones returned Sunday, March 31st for its third season.

The first two seasons were so popular that Game of Thrones became HBO’s most-watched series, and the show also developed an amazingly large fan base. The show, which follows the story of 7 families warring over an “Iron Throne,” appeals to viewers that might not normally watch fantasy because of its drama, adventure, and sometimes violent plot lines.

This new season will be really different from the rest: the show, thanks to its ratings, received a hefty increase in budget, and because to that, 13 new cast members will be added. The cast already includes nine Harry Potter stars (including Natalia Tena, David Bradley, and Michelle Fairley), but new celebrities such as Diana Riggs have already appeared in the new season. The special effects (and yes– there are dragons), costumes, and sets have already proved to be a lot more visually stunning this time around.

Even if you haven’t yet seen Game of Thrones (which has been ranked the most illegally downloaded show of all time), it’s never too late to get started. Even if fantasy is not your cup of tea, the show is worth a watch for the drama.

Game of Thrones is on HBO every Sunday night at 6 PM.