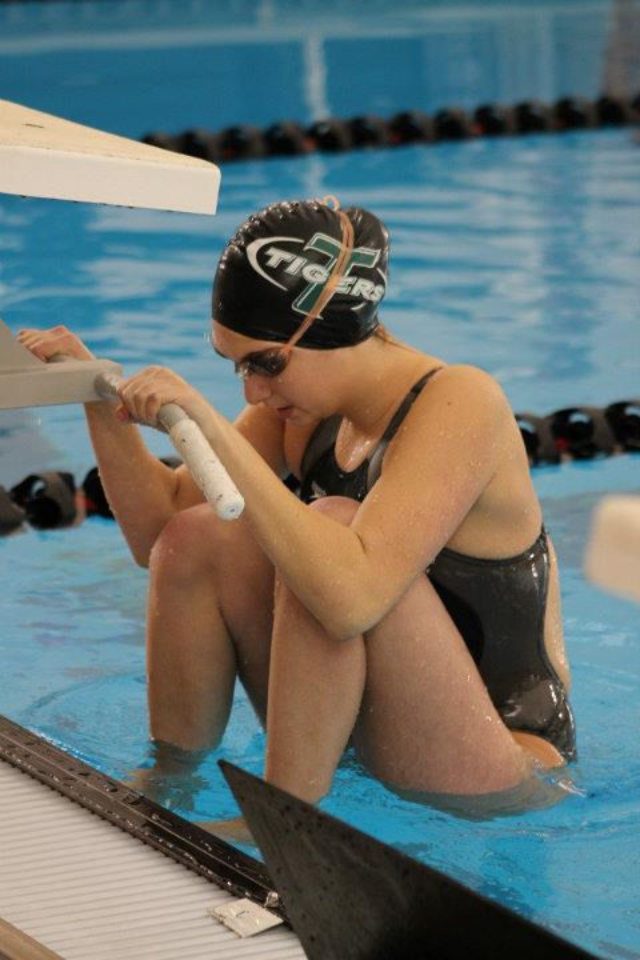 Last Friday three swimmers left Tigard at the butt-crack of dawn, piled into Coach John Ruzika’s car and drove to Gresham to compete at the OSAA 6A State Championship meet.

There are many different ways to qualify for a state. A swimmer gets an automatic in if they win their race at districts, which is a challenge for our swimmers because we are in one of the best conferences in the state. There are also automatic time-standards, which are based off of the top times at state the year before. When all of the spots are filled by those that qualified at districts already, wild card swimmers are picked to fill up the rest of the 16 spots allotted. The girls 200 freestyle relay was less than half a second away from being wild carded in.

The girls ended their season with 3-4 in league meets, beating Glencoe, Hillsboro, and Newberg (who ended their season 5-1). There were some stand out swims this year, and great improvement by all. The team will graduate 12 seniors, losing a lot of the Varsity team, but there are a lot of underclassmen who can make their claim next year, such as Angela Shaiu, Dylan Osborne, Caleb Torgenson, and Grant Fullerton.

Langseth said, “Making state finals as a senior was the best feeling in the world! We went out with a bang for sure, but we couldn’t have done it without the support of John and our teammates.”