Students recall their favorite childhood artist and where she is now. 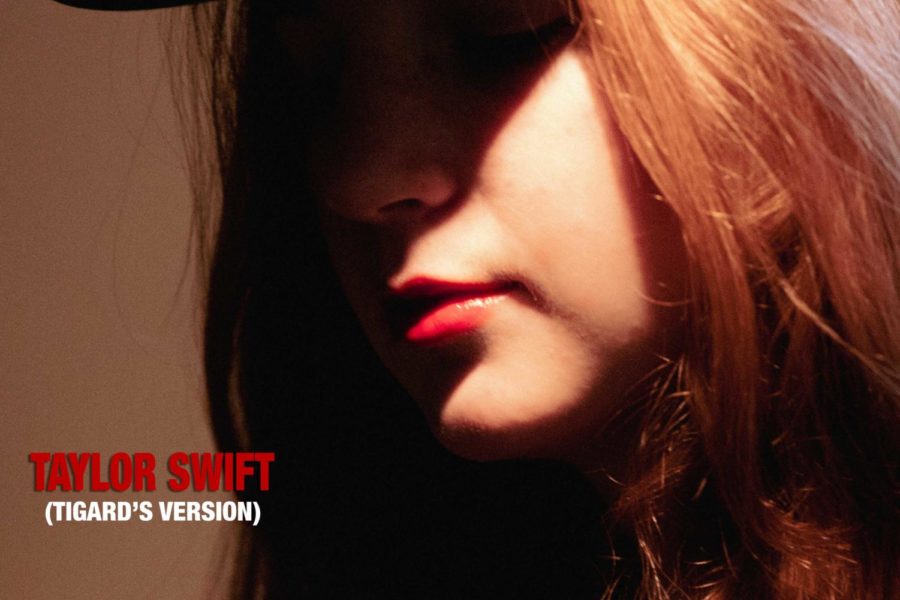 Taylor Swift re-records her albums after a long battle of ownership. The album "Red" deems most popular amongst Tigard students that grew up listening to her music.

“I was about as old as I can remember, the first song I could ever sing was ‘Love Story,’” junior Camryn Bailey said.

For high school students, the songs that played in the backgrounds of our youth are trending again as (Taylor’s Version).

Taylor Swift showed interest in music when she was young. In 2002 as an 11 year old, she sang “The Star-Spangled Banner” for a Philadelphia 76ers basketball game. The following year she began to write more of her own songs. Her country music inspiration came artists such as Shania Twain and the Dixie Chicks.

She performed many of the songs she had written at venues in the Nashville area. At a performance, record executive and CEO of Big Machine Label, Scott Borchetta signed Swift to his company.

On her second album Fearless (2008) she had sales of more than half a million copies in the first week. Fearless opened at number one on the Billboard 200 chart at just 16 years old.

Swift’s early success brought various controversies that she would be forced to confront. After the success on her second album, Swift attended the VMA’s. During Swift’s VMA acceptance speech, rapper Kayne West protested that the award should’ve gone to Beyoncé for what he labeled “one of the best videos of all time.” Later when Beyoncé was accepting the award for video of the year, she called Swift onstage to conclude her speech. Swift won all four categories in which she was nominated that year. She also received recognition as a CMA entertainer of the year therefore made her the youngest-ever winner of that award, along with the first female solo artist to win since 1999.

Later in 2016, Swift’s feud with West continued after he released the single “Famous.” The song included a lyric that Swift alleged was misogynistic. His wife Kim Kardashian, released a recording of a phone call that Swift gave approval for the line, though West made no mention of calling her anything.

Swift began to use her past scandals as ideas for her new albums.

Swift signed to Big Machine when she was just 16 years old. In 2018, Swift left Big Machine for Republic Records, however, she was forced to leave the masters of her first 5 albums behind.

Swift shared on Tumblr that she was offered a chance to go back to her old company and ‘earn’ each album back at the price of a new album.

“I walked away because I knew once I signed that contract, Borchetta would sell the label, thereby selling me and my future,” Swift explained.

In November of 2019 Scooter spoke out after he said he received many death threats over the situation, saying he “would like to find a resolution” with Swift and he was open to talking. Scooter later posted an instagram post that read “It almost feels as if you have no interest in ever resolving the conflict.”

A year later, Scooter sold Swift’s masters to an investment fund, Shamrock Holdings, for over 300 million dollars. The public then suspected that Swift had been behind the deal and actually bought her masters back, but she later confirmed that wasn’t the case.

According to Swift this allowed Scooter to continue to profit off Taylor’s music for many years.

In August of 2019, Taylor went on Good Morning America and revealed she would be re-recording her old albums that were sold.

“My contract says that, starting November 2020, I can record albums one through five all over again,” she said. “I’m very excited about it…because I just think that artists deserve to own their work, I just feel very passionately about that.”

Following that release, Taylor released “Red (Taylor’s Version).” Swift added on to her song “All Too Well” and came out with a 10 minute version. With the updated song she released a 14 minute short film to the song featuring Sadie Sink and Dylan O’Brien. This song then became the longest Number One hit of all time, replacing Don McLean’s “American Pie”.

Many Students at Tigard High have grown up around Swift’s music, especially the albums she re-recorded.

“I personally prefer the ‘Red’ album because I have a closer connection to it, since I grew up listening to it,” freshman Layne Montgomery shared.

“I was in grade school and my parents bought me a ‘Red’ CD and I would just listen to it every day; it was my favorite thing ever,” junior Abby Herget said.

“Red (Taylor’s Version)” brings the Swift experience full circle for high school students. Mature Swift meets a more mature version of us too. And we still love her.