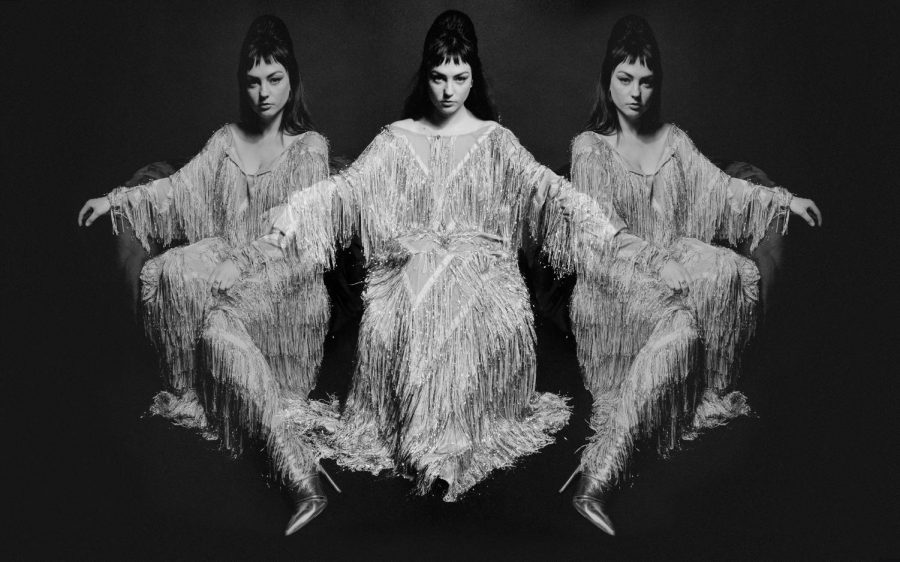 A picture of Angel Olsen. She'll be coming to the Roseland theater on Monday, December 9th.

Singer Angel Olsen, known for her haunting vocals and indie-goth vibe, is coming to the Roseland Theater on Dec. 9. Olsen is on her second North America tour following her most recent album release of “All Mirrors.” Her album, sporting several of her indie-rock hits including “Endgame” and “Chance”, will make for a memorable performance for all attending.

Born, adopted, and raised in St. Louis, Missouri, Olsen invested many of her teen years into learning to play the piano and guitar as well as writing her own music. Olsen often talks about how, as a child she was greatly interested in different time periods and the musical culture attached to them. This interest was because of the large age gap between her and her adoptive parents, and has had an enormous impact on both her music style and creative choices.

After graduating high school, Olsen moved to Chicago to pursue her musical career. She released her first EP, “Strange Cacti”, at just 23. Since then, the now 32 year old has released four studio albums and numerous lively singles. Her unique and moving voice and instrumentals are what make her such a driving force in the indie-rock genre.

I first became entranced by Olsen’s music three years ago upon my discovery of her song “Free” from her first solo album, “Half Way Home.” Since then, I have accumulated many more favorites from Olsen such as “Shut Up Kiss Me”, “Give It Up”, and “New Love Cassette”. Currently, my fingers are crossed in hopes of hearing her perform these songs live.

The show begins at 8:00 p.m. on Dec. 9th at the Roseland Theater and all ages may attend. The Paw staff will be covering the performance and posting a show review to the site. If you plan on attending the concert, send us photos of you there to be featured in the review. Contact us at [email protected].