Staff writer Sophie Fenton will be covering the Ski Mask the Slump God concert on Thursday, November 14th. Read on to learn more about the "Faucet Failure" rapper. 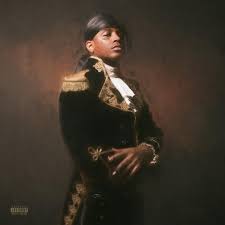 Cover of Ski Mask's album "Stokeley" pictured above. His first studio album is named after himself, and has such hits as "Faucet Failure" and "Nuketown"

Following his most recent album Stokeley in 2018, popular rapper Ski Mask the Slump God will be coming to the Roseland Theater in Portland on November 14th.

He will be performing some of his most popular songs, including “Faucet Failure” and “Nuketown” from his new album. This concert is highly anticipated, as he is known for his exciting, high energy shows.

Born and raised in Broward County, Florida, 23 year old Stokeley Clevon Goulbourne rose to fame in 2017 following the release of  “Catch Me Outside” and “Babywipe”, two songs featured on his SoundCloud mixtape YouWillRegret. He is also widely known for his collaborations with the deceased rapper XXXTentacion, whom he met while in juvenile detention.

As a child, Ski Mask gained inspiration from his father, an aspiring rapper by the name of Sin City. His father would often encourage him to write his own raps while listening to artists such as Missy Elliott, Lil Wayne, and Wu-Tang Clan.

The show starts at 8:00 p.m. and all ages can attend. The Paw staff will be covering the performance and posting a show review to the site.

If you plan on attending the concert, send us photos of you there to be featured in the review. Contact us at [email protected]