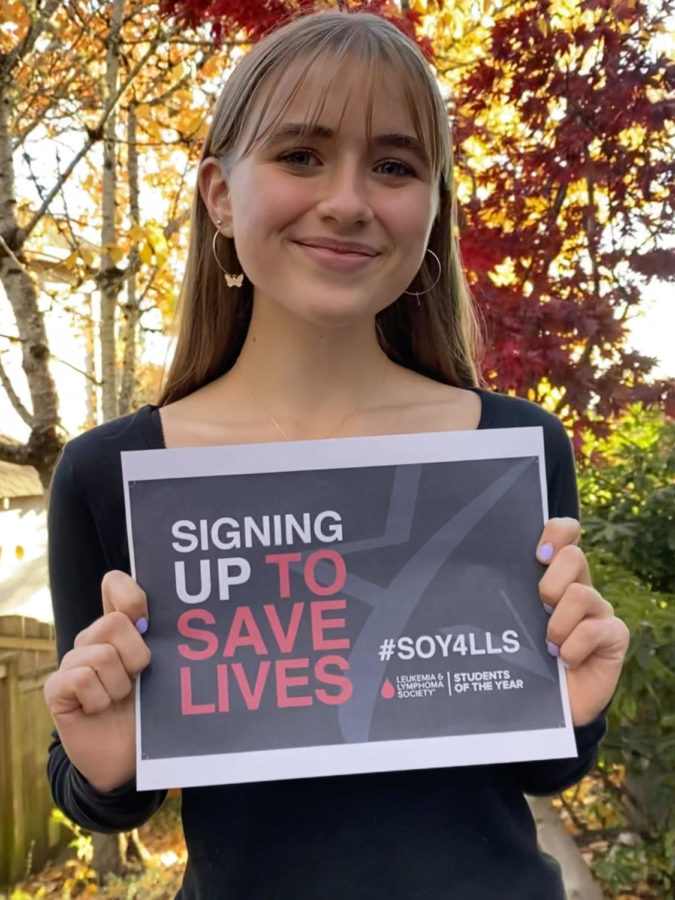 Junior Isabel Pope is running as a candidate for the students of the year program with the Leukemia and Lymphoma Society. She is putting on the tournament to help raise money for the cause.

Tomorrow night at 6:00 PM in the small gym, the Tigard March Madness 3v3 Tournament will kick off.

The tournament format will be a 13 team single elimination bracket. This means there will be a total of 12 games to watch. Games will be played for five minutes with a running shot clock and two referees. Teams had to register in a google form by March 11 with their roster of three or four.

The concession stand will be open selling pizza, stickers and water. The winning team will receive a prize for their efforts.

The spectator fee will be $2 to get in. Payment can be given to the counter at entry, through Venmo, or donated directly to a fundraising page, events.lls.org. QR codes will be posted around the small gym for easy access to the website. Additional donations will be accepted at the concession stand and on the website.

All the proceeds will be going directly to the Leukemia and Lymphoma Society to further blood cancer research and support patients through treatment. The LLS mission is to cure leukemia, lymphoma, Hodgkin’s disease, and myeloma. They are also looking to improve the quality of life for each patient and their family. The LLS is the world’s largest non profit health organization invested in making sure education and cancer research are funded.

Junior Isabel Pope is running as a candidate for the students of the year program with the LLS. With that, she is running a couple fundraisers for the program in order to raise money for the LLS.

The students of the year program is a seven week campaign that runs until April 10. During this time student lead teams compete to raise the most money.

“I’ve been impacted by cancer and most people will be impacted by it at some point in their life,” Pope shared. “My team, Team 4 Cally, is in honor of my late cousin who lost her battle with Leukemia. I never got to meet her but I know of her impact and amazing spirit, which I hope to carry on.”

So far, Pope and her team has raised 5,000 dollars and hopes to continue to raise more in the next few weeks of their campaign.

They will also be putting on another fundraiser at a Chipotle on Murray Scholls Drive on March 19. If support towards LLS is mentioned to the cashier, 33% of the order will be donated to the cause.