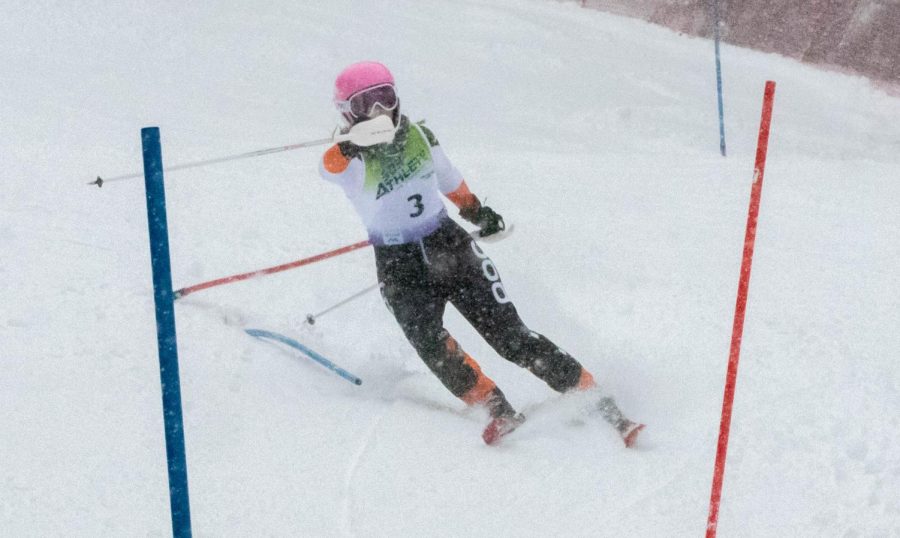 While the first ski race was cancelled due to extreme weather conditions, that didn’t stop Tigard’s boys and girls teams from pulling through with a win the following week. In the first race of the season on Jan. 18, both teams ranked first overall. Girls landed a total time of 06:15.91 while the boys had a total time of 04:01.56. Alongside their teams, seniors Sarah Gentry and Luke Wargo also placed first overall.

“I loved getting to support my team through a fast time,” Gentry said. “It was also so fun getting to celebrate with my teammates when Tigard swept everything.”

The next race on Jan. 24, however, was a different story for the boys team. With two of their boys out for a couple weeks due to injuries, they couldn’t manage to secure the win. Senior Nathan Saier broke his hand while skiing and junior Braden Smith fractured one of his hands and sprained the other from another skiing accident. Due to the lack of racers, the boys went from first to sixth in the span of a week.

“I feel like after we got sixth last week, our team realized that we really need to just focus on getting times so if we can do that we should be much better [next week],” Wargo said.

Despite the boys’ struggles, the girls team still pulled through and ranked first again with a total time of 05:05.53, with Gentry still placing first overall. The ski team had their latest race on Jan. 8 at Ski Bowl. Boys pulled seventh overall and girls pulled first again.