Letterman jackets can be traced back to 1865, when they were introduced by Harvard University’s baseball team as “letter sweaters” 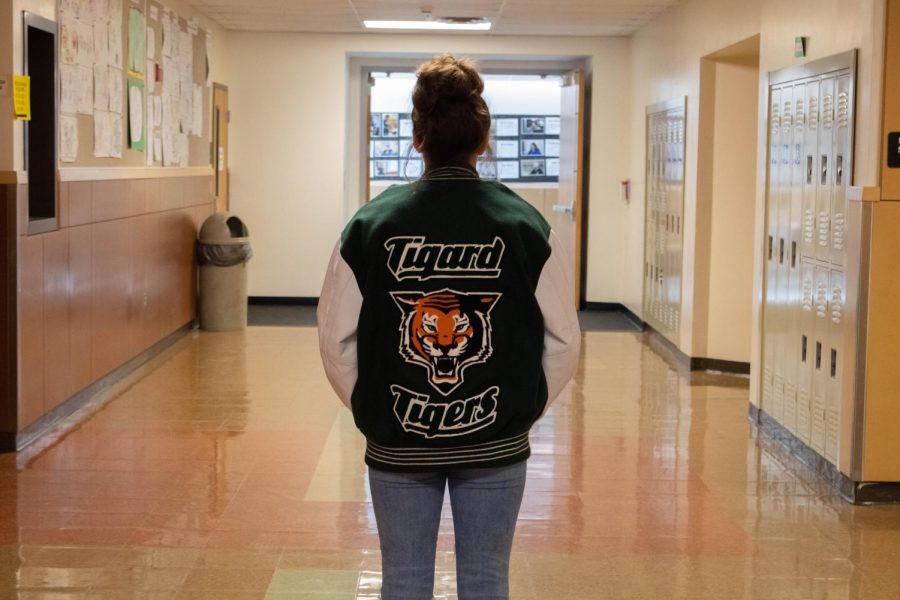 Letterman jackets are becoming a thing of the past. Locally, they are not as trendy.

Established in 1990, Settlemeir’s Jackets and Logos has kept their family business running strong while making jackets for people all along the West Coast. Their shop walls are lined with hundreds of patches from high schools around the area. They display examples of different jacket designs in lockers around their shop, some even dating back to 1880.

Letterman jackets can be traced back to 1865, when they were introduced by Harvard University’s baseball team as “letter sweaters.”

According to historydaily.org, the early version of the jacket wasn’t really a jacket at all. Rather, it was a thick-knit sweater that the players wore as a part of their uniform. One day the team decided to sew a large “H” onto the front of the jackets, thus creating the “letterman jacket.”

There was soon a competitive element to earning a jacket. Only top players on the team earned letterman jackets; if the player became a bench warmer, they would have to return their lettered jacket at the end of the season.

A decade later, Harvard’s football team picked up the idea of using letterman jackets. Soon after, more and more schools were creating their own lettermans.

By the 1900’s, the jacket’s design saw an upgrade. It developed into a wool jacket with leather sleeves. Through most of the letterman jacket’s life they had mostly been worn by the men’s teams, but by the 1950’s they became an iconic fashion trend for both boys and girls. Girls began wearing their boyfriends’ jackets over pedal pushers or poodle skirts while boys wore them with blue jeans to express their school spirit.

In 1972, Congress passed new Title IX laws banning discrimination against female athletes. After Title IX was passed, more and more female athletes demanded that their sports received the same recognition for their performance with symbols of achievement like the letterman jackets. Female basketball, softball, field hockey, volleyball, cheerleaders and track stars were soon presented with their own varsity letters.

The letterman tradition continues on to this day, but just like any other fashion trend, the fad seems to be disappearing further into the 21st century.

“Today, most people associate the jackets with football jocks from the movies,” junior Jenna Ketchum says.

Ketchum acknowledges that though the jackets have become less popular over the years, that didn’t stop her from getting her own after her swim season. While on exchange in France, Ketchum received several compliments for her jacket. She also gets questions asking if it is real, how she got it, and what the patches meant. Ketchum designed her jacket with real leather sleeves and all the patches she could get. The total cost to make the jacket came out to nearly $400.

Letterman jackets have continually risen in price over the years. When looking to purchase a jacket, customers can expect a starting price of $200. The beginning design of the jacket comes with a name embroidered on the front alongside the varsity letter, the graduation year on the front right pocket, vinyl sleeves, an inside jacket pocket, and a full-access zipper. However, there are several additions that can be made to the jacket which raise the price, including patches on the back and leather sleeves.

“I think they’re ugly, but they’re cool for the memories and the symbol,” sophomore Ellie Davila shares. She says that she would not buy one herself due to the price.

“I don’t see very many people wearing them [anymore],” sophomore Cadence Neal said. “I personally like the look of them.”

Settlemier Jackets and Logos in Portland makes and sells letterman jackets along with everything that can go with them. Aaron Settlemier, the owner’s son, explains that he has seen a dip in sales around the West Coast area. He believes that this is because students aren’t seeing their peers in the jackets and that they are more common in smaller towns where school spirit is more important.

“Even though it dips, it never goes away, and it won’t,” Settlemier said. “It’s one of the few clothing items that are truly American.”

“I was encouraged to buy a jacket because when I was a sophomore,” senior Cameron O’Connor said. “A lot of the upperclassman wrestlers had them and I thought they looked cool.”

Letterman jackets, though sparse, still make several appearances today despite the mixed opinions and ratings they are given. They can even be purchased through Tigard High’s website. Students can design their own letterman jacket from a link attached under the “Athletics” tab.