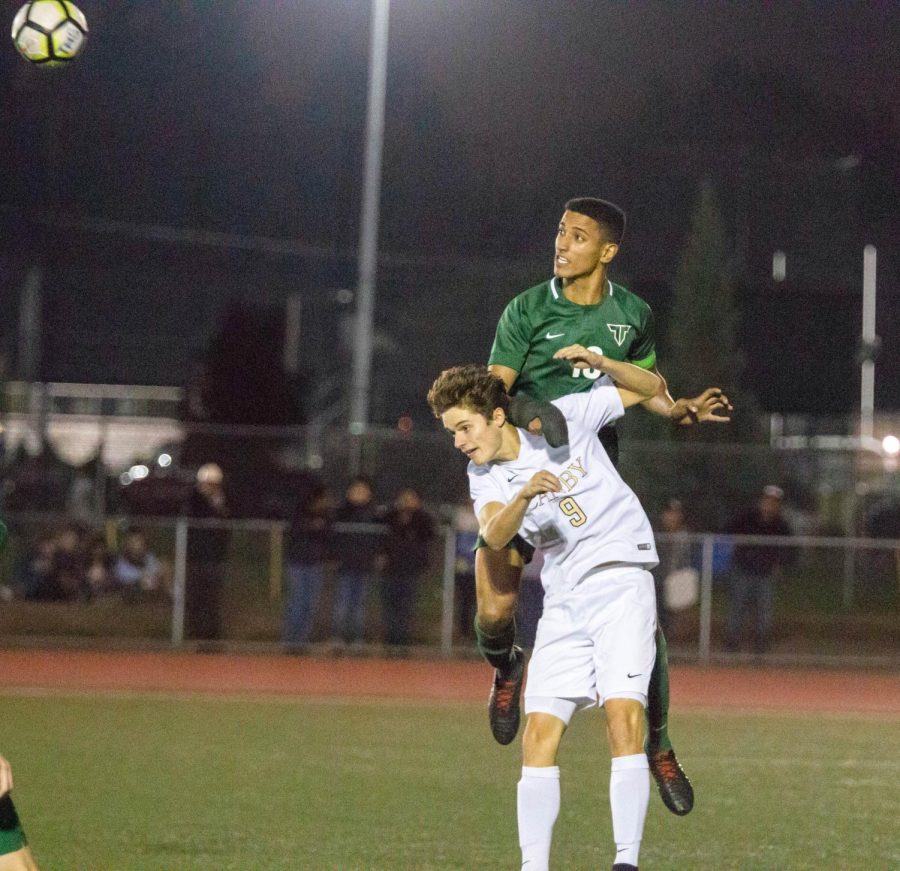 Senior defender Sajjad Al-Rikabi jumps over the Canby forward to win a header in the air during a 6-0 win on Oct. 18. Al-Rikabi was named TRL Co-Player of the Year.

The boys Varsity soccer season comes to an end after a hard fight in the playoffs, sadly ending in the second round. With the teams’ hard work and dedication throughout the season, three of the members were able to obtain multiple Three Rivers League awards. Sajjad Al-Rikabi, a senior, won Player of the Year, Jackson Cleaver, a junior, won Goalie of the Year, and Angelo Simonetti, Head Coach, won coach of the year.

For Al-Rikabi he would never have been able to achieve this award without the outstanding support of his fellow teammates. “[They push] me to play my best… to keeping me focused on [my] goal; to put the team before [myself] and to give everything [I] have on the field,” Al-Rikabi said.

For Cleaver, the team helped support him in other ways; “[They] helped me gain confidence and helped me make saves and do things I needed to win games,” Cleaver said.

Simonetti also agreed with his players that it was the team that helped him win his award. “I was only an additional piece to the set,” Simonetti said.

One thing both Al-Rikabi and Cleaver believe that helped each and every player support each other is how much they felt like a family. “I know that sounds cliche, but it’s true, we spent a lot of time together outside of school and that really translated onto the field,” Al-Rikabi said.

Simonetti is very proud of his team’s accomplishments but doesn’t believe they change how the team views themselves individually and also as a whole. “The awards won by our players this year only came to confirm what we all already know within our group, that we have quality players and we are able to represent very well with the name of our school,” Simonetti said.