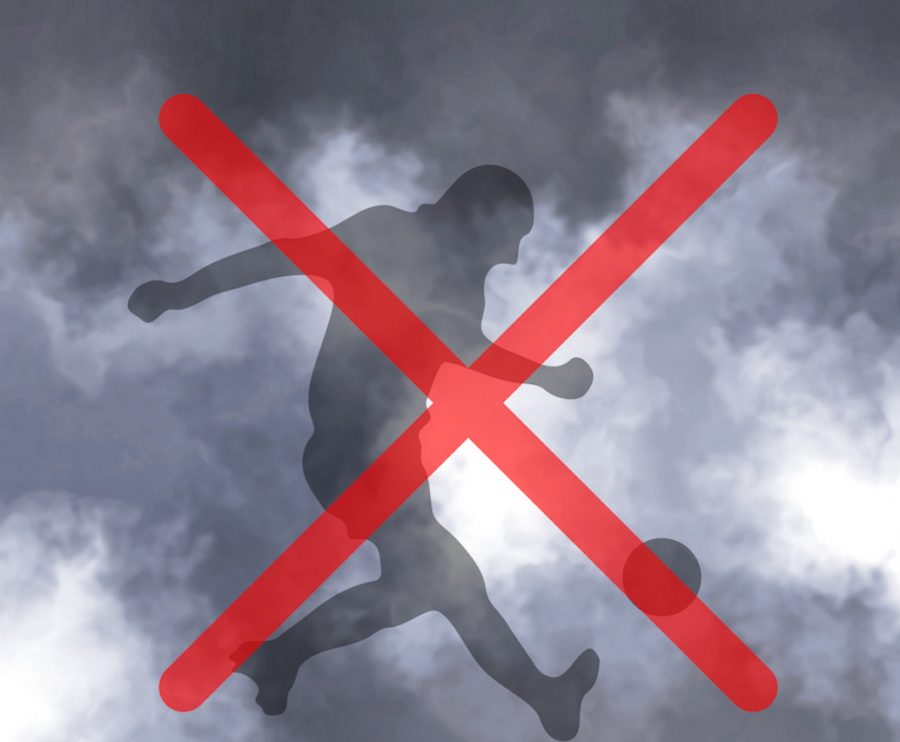 The past two years have seen sports practices and games canceled due to smoke from wildfires. At a time when sports practices were holding tryouts or ramping up for the season, many coaches and athletes had to make creative plans to get in a workout. Is this the new normal?

The air quality index (AQI) is a scale used to determine how polluted the air is. When smoke blown in from nearby wildfires blankets a region, the AQI can deteriorate. Tigard’s AQI was in the unhealthy range from August 13, the first official day of fall practices, all the way until August 24.

Because of the smoke from the wildfires burning in Canada and near the Oregon-California border, the air had to be monitored to make sure it was safe to practice. Athletic director Alan Boschma and coaches were forced to hold off all outdoor practices due to the poor air quality.

According to the OSAA, the AQI (air quality index) must be below 100 in order to be considered safe to practice. The guidelines for cancellation, suspension or restart of practice based on poor air quality were created in consultation with Oregon Health Authority (OHA). Last year, the OSAA made the call to cancel some games without having an official AQI target. “Prior to last school year, the OSAA didn’t have official guidelines,” OSAA Executive Director Peter Weber said. “As things worsened last August, the OSAA worked with schools and the OHA, and they settled on any AQI over 100 being unsafe for practices and contests.” This year, some practices had to stay indoors since the AQI stretched into the 140-160 range and fluctuated daily.

Soccer was hit particularly hard by the indoor practices. Since they could not have tryouts outside when they were scheduled, they had to be held inside the small gym. Once the air cleared up, the tryouts were then extended and held outside.

“Playing in a small game size does not let the coach have a full and broad picture of the player’s ability level,” Head Coach Angelo Simonetti said. “…One eighth of the desirable space, slippery surfaces and a small ball make the player unable to show the full potential of his game.” Simonetti continued tryouts through August 27 so the coaches had enough time to evaluate the players and their ability on the field rather than evaluate them based on how they performed in a gym.

“It was much harder because we were not able to practice on the surface we will be playing on in games,” varsity midfielder Jack Hallam said.

Cross country had to move practices indoors doing core workouts, running and other exercises in the gym since it was unsafe for them to be outside. “The AQI at 100 can even be too high,” Head Coach Holly Paris said. “With practice outside the aftereffects can be hard on lungs, cause students to get sick and be hard on runners when they have to perform.”

“The gym was pretty bad; there was no ventilation, and it was pretty darn uncomfortable,” varsity runner Gareth Kelleher said. “All in all, it was a very unpleasant and tedious week.” The team got two days off during the week to rest since the air quality was still too bad for practice.

Along with soccer and cross country, football also had to practice in the small gym after soccer practices finished from around 9 to midnight. The gym stayed busy as fall outdoor athletes kept showing up to their practices even when the poor air kept everyone inside.