Blackout at the camo out 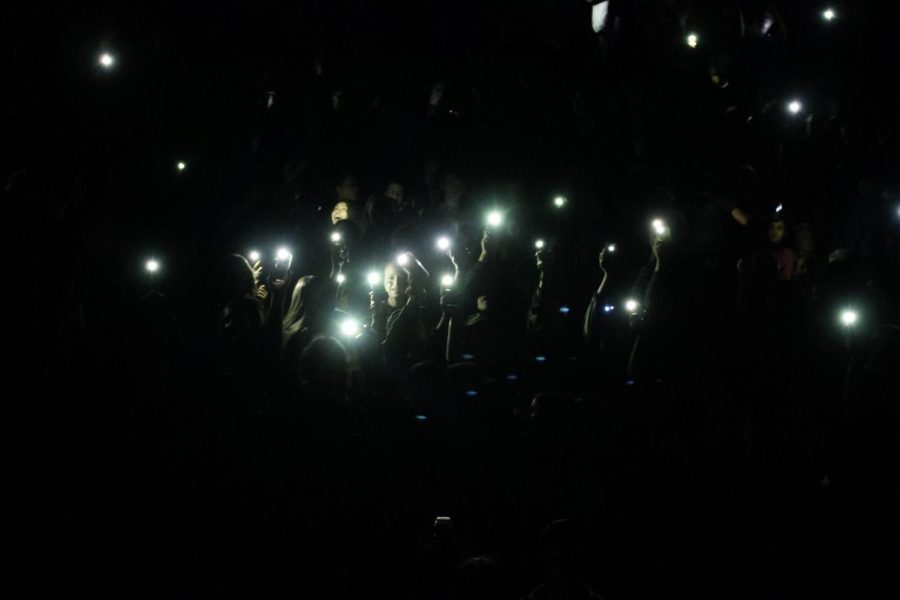 The student section roared with excitement as the lights completely died and the football field fell into pitch black. Some fans stayed to wave their phone’s flashlights and chant with the cheerleaders, and Tigard and Tualatin police officers took to the field with flashlights and told people to remain in their seats. The lights went out at 7:17pm and approximately an hour later spectators were told that the game was moved to Tualatin High School. School buses filled with football players were escorted by police to Tualatin. Rushing onto the field, the players jumped and shouted with adrenaline, eager to pick up where they left off. About 200 students filled the visitor stands as the game continued on the Tualatin field, with Tigard scoring a touchdown less than a minute into the game. At halftime, Tigers had a 14-0 lead over Tualatin.