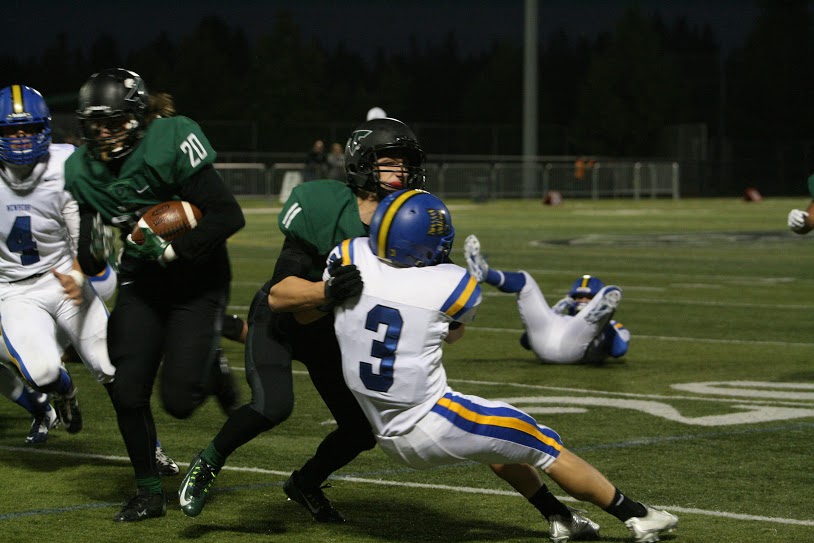 Within the last month in the United States, three high school football players have died from game related injuries.

Close to home, Kenney Bui a high school senior at Evergreen High School in Seattle, Washington died after suffering a traumatic brain injury during one of their home games on October 2.

In other parts of the country, Evan Murray a New Jersey football player died this past month after taking a hard hit during a Friday night game. His cause of death was due to massive internal bleeding.

Additionally, Ben Hamm from Oklahoma died eight days after. He was injured during a home game.

With all these recent deaths in the news, it is hard to ignore the dangers involved with playing high school sports. However, according to the American Journal of Sports Medicine, the statistics show that there are four deaths annually.

Tigard Varsity Football Coach, Craig Ruecker explained what coaches do to keep it safe on the field. “We use proper equipment, and training is completely safe although there is some risk if not played right,” Ruecker said.  He also explained that there are rules in place to keep players safe.  He explained that there is a team doctor and each player must have regular check ups in order to play or be a part of the game.

Tigard High School Varsity Football has always tried to be as safe as possible and the coaches have made it a top priority. Coach Ruecker does not know of any history of fatalities in the program. This year the players have avoided most major injuries, except for a few concussions and the players with concussions should be fine with some rest.

Although there are risks with playing any sport, especially a sport that involves contact, Tigard works hard to keep it as safe as possible.