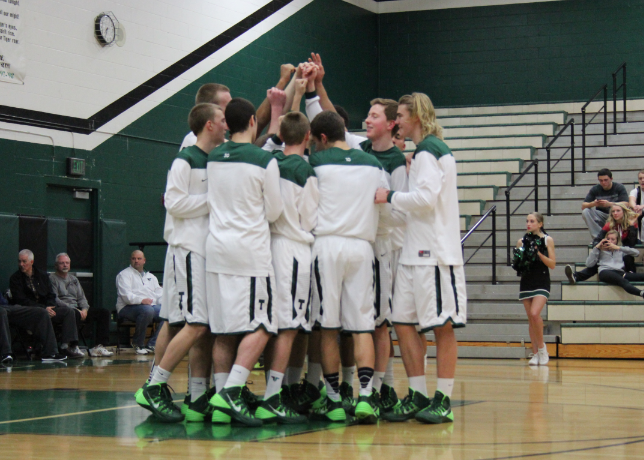 The girls and boys basketball games this Friday night ushered in the second week of in season games. Both games kept fans, parents, and students on their toes with close scores for the entire games for the girls and guys. While the guys team wasn’t’ able to beat Jesuit, the girls team came out on top over St. Mary’s.

The girl’s game against St. Mary’s Academy started off strong, with Tigard quickly gaining the lead. Senior Lexi Carter scored a lot of baskets for the team with assists from fellow teammates and seniors Emilee Cincotta and Hannah Armstead. This game helped the team quiet doubts that they wouldn’t be able to perform as well without sophomore Elise Conroy, who was still out because of a foot sprain. The girls ended the game with a score of 52-46, making it a promising start to the season.

While the guys put up a good fight, it wasn’t enough to beat the Jesuit Crusaders. The teams were neck in neck in the first quarter with senior Ariel Hotchkins leading the pack. In the second quarter they fell behind and went into halftime ten points below Jesuit with a score of 21-31. Tigard came back strong in the second half with seniors Nathanael Ditton and Nick Kaelin trying to keep Jesuit at bay with defensive plays, including a couple of turnovers and steals. Unfortunately Jesuit had some great three-point shots and ended the game beating Tigard with a score of 64-50. While they weren’t able to come out on top, the guys’ strong defensive players promise wins in the future.