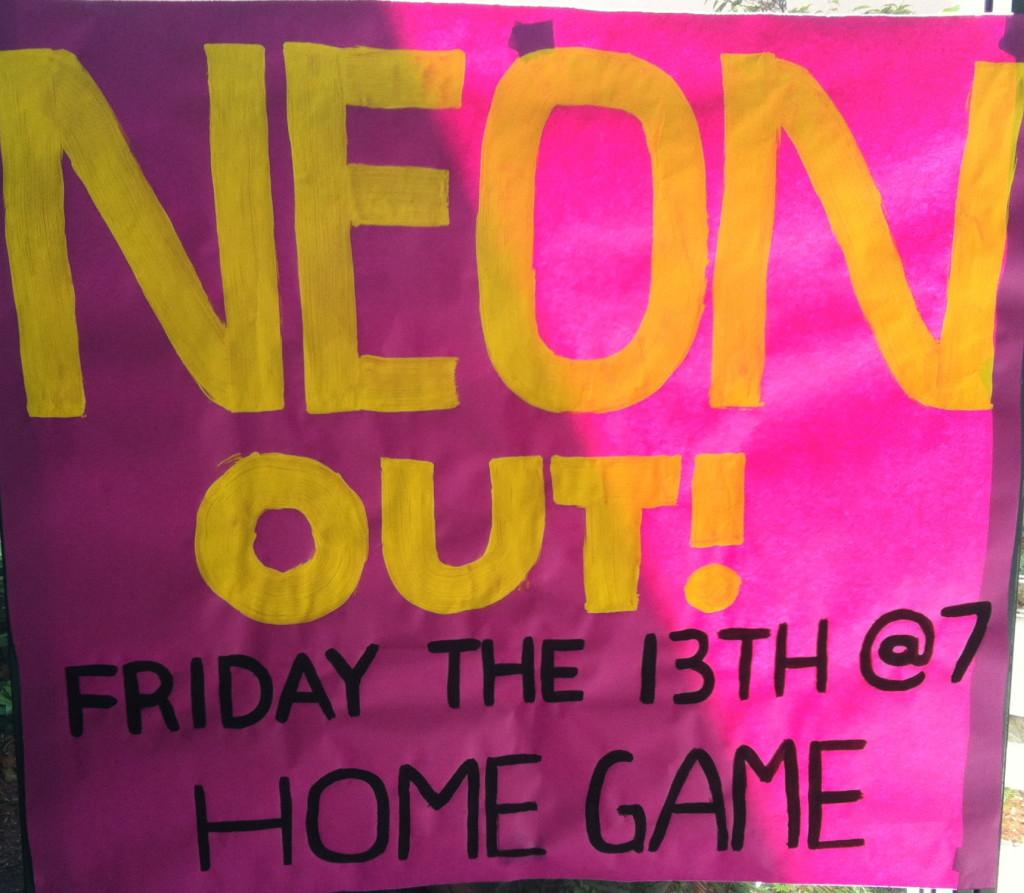 Go dig out your brightest t-shirts, shorts, and even tights for the second home game on Friday- it’s a neon out! Show up at 7 pm on Friday the 13 at the THS football stadium to support your Tigers against the Glencoe Crimson Tide.

The party starts early- show up at 5 for a tailgate party in the senior parking lot to get pumped for the game! Bring your own food and drinks and then everyone will head over to the student section to cheer on the home team.

“Just get there at 5 pm and we’ll just be hanging out, eating food, and getting ready for the game. Anyone can come and it’ll just be a really fun time,” said senior ASB president Ernest-James “EJ” Albaugh.

As far as how the game will go, It’s a toss-up! Glencoe lost their first game but came back strong in their second, beating North Salem with a 34-6 final score. However, the Tigard football team is ready to prove that they deserve to keep their spot as the No. 2 6A team in the state.

Along with watching the football team play, students can watch performances from the pep band and the Tigerettes at half time. This is the first home game they’ll be performing at this season and fans are eager for their return.

If you do plan on going make sure to stay hydrated- the forecast is consistent with the hot weather we’ve been having all week and is supposed to be in the 80s for Friday night.

“It’s going to be a hot one,” says pep band director Kati McKee. “The band will be wearing their pep shirts to the game because uniforms and this weather do not mix!”

Since we only have four home football games this season, take advantage of the few we have left and come this Friday night in your brightest neons to cheer your football team on to victory!