Should 16 year olds be able to vote? 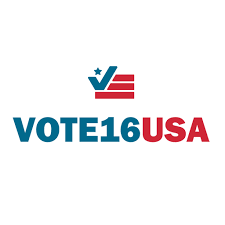 A movement across the nation to lower the voting age from 18 years old to 16 has been gaining momentum for nearly a decade, but should teenagers be allowed to vote?

Next Up Action Fund is a youth-led organization that focuses on getting young people engaged in Oregon politics. Among advocating for other issues such as climate change, racial and gender equality, and other social justice issues, Next Up supports Vote16USA, which is a national campaign that aims to support lowering the voting age in local elections.

The biggest argument against giving 16 year olds the right to vote is that they are not mature enough.

Sophomore Street Inman shared his opinion on the matter.

“I think that we shouldn’t lower the voting age,” Inman said. “18 is a good age to keep it since it’s closer to your brain being fully developed.”

“Many 16 and 17 year olds are currently working jobs and paying taxes,” Shrestha said. “Giving teens the right to vote in local elections would give them the opportunity to have a say in where their money is going.”

The influence teens may face from social media, family, and friends is another concern if the voting age were to be lowered.

“I definitely do think that social media would have an impact on some teens’ votes,” Shrestha said. “On the other hand, I think both adults and teens may become more susceptible to the influence of social media.”

“There are already so many adults that lack knowledge on political issues, so let’s not let that spread to teenagers and let that influence their vote,” sophomore Aréana Mann said.

Despite the potential influence of others and social media, some students believe that teenagers are capable of researching and forming educated opinions.

“By 16 most teenagers have formed their own opinions and views,” freshman Sarren McKnight said. “There are already a lot of young people that participate in local government in many different ways and voting would be an extension of that.”

Steps have already been taken in the Oregon legislature to increase the number of young voters.

As the 2022 general election nears, the voting age stays at 18. However, with organizations like Vote16 advocating for the youth voices, change in the near future is possible.