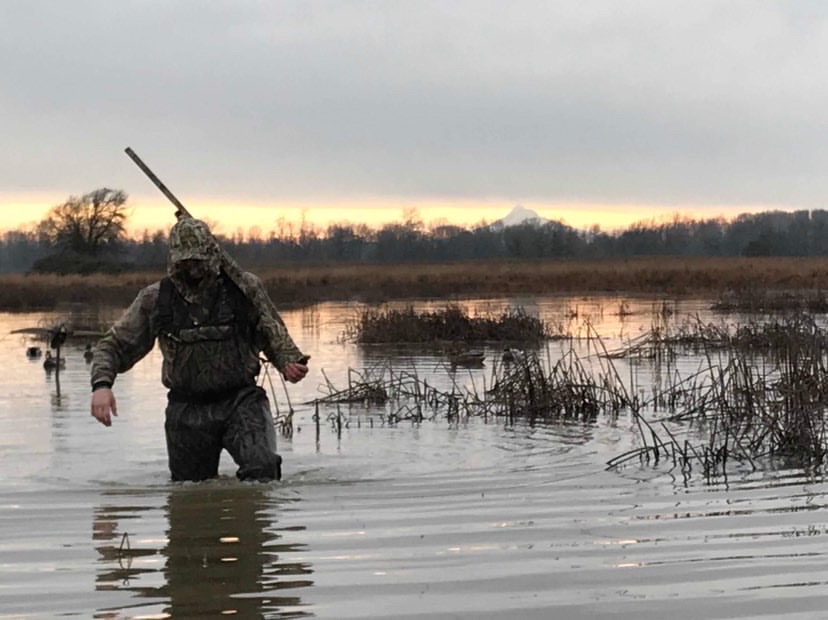 Mitchell Cross enjoys hunting. He was a founding member of the Trap Club.

The face-off with Trap Club continues

Tigard’s Trap Club started last year with just eight students on the roster. The March 2019 issue of the magazine ran a story about the program, explaining how the team worked and how a student could join. The inaugural season was a success with the team finishing third in their conference. No one complained

Following the Oct. 23 episode of Tigard Today which advertised an upcoming information meeting for the club, a complaint was filed, and suddenly the existence of the club was under question.

Tigard’s Trap Club is part of the Oregon Clay Target League. There are currently 34 high schools participating in the league. Local schools include Aloha, Wilsonville, Newberg and Oregon City.

In an email to The Paw staff, Todd Tolboe, the coach of the Wilsonville High School team, explained that, in the four years of its existence at Wilsonville, the team had seen growth.

“Year one had nine student athletes, and last year had 26,” Tolboe said. He is aiming for 30 this year.

At Wilsonville they have not had any concerns. In fact, Tolboe explained that there have been no injuries.

“As a fellow coach noted, no ambulances are parked outside our events like football,” Tolboe said. He noted that Trap Club is also an Olympic Sport.

In fact, the Olympics have 15 different shooting events.

The Oregon Clay Target League is part of a national organization known as USA High School Clay Target League, which was incorporated in 2012. Last year there were 32,810 participants in 1,042 teams in 25 states. Trap shooting has its own collegiate league. Shooting as an established sport is not an outlier.

As participation in leagues such as the Oregon Clay Target League is growing, school shootings and other forms of gun violence continues to be a national concern.

According to the website everytownresearch.org. from 2013 to 2018, 260 incidents of gunfire occurred on the grounds of an elementary, middle, or high school, resulting in 109 deaths and 219 injuries. Since Parkland in 2018, students activists have pushed the gun violence debate to the national stage. Even if they don’t take a stand themselves, no Tigard students are ignorant of the politics.