Kobe Bryant may be gone, but his legacy lives on. 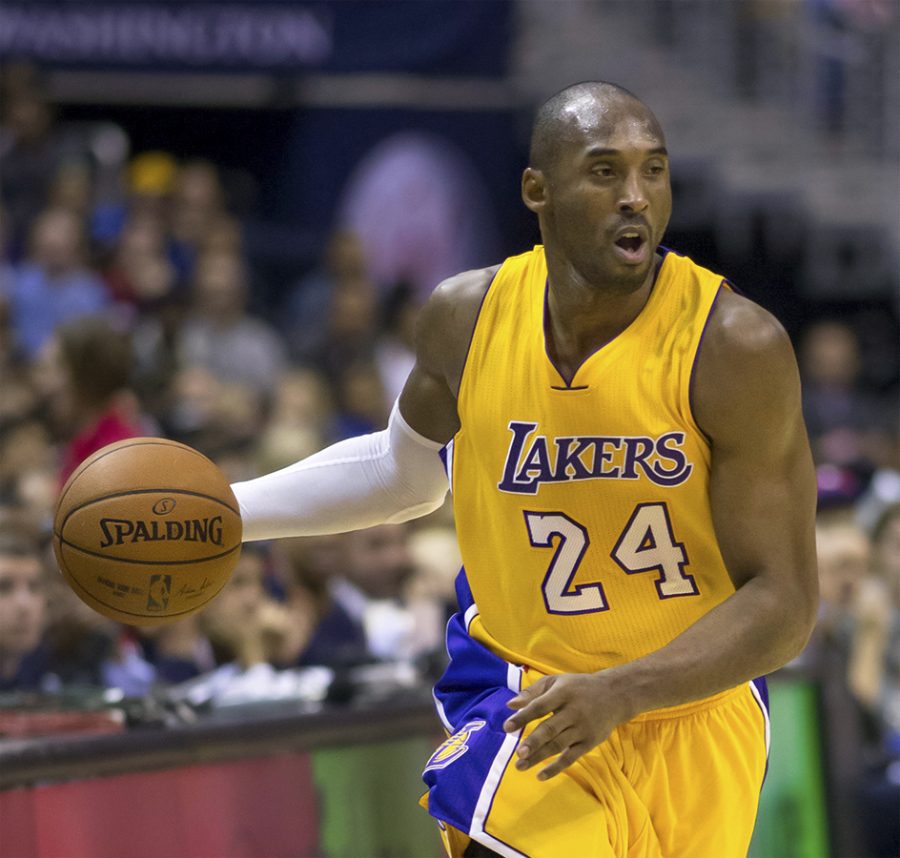 A picture of former LA Lakers' player Kobe Bryant playing against the Washington Wizards on December 3rd, 2014. Bryant's basketball skills were an inspiration to many on and off the court.

Former Los Angeles Laker Kobe Bryant and his daughter Gianna were among the victims whose lives were tragically lost on Jan. 26 when the helicopter they were aboard crashed into a hillside in Calabasas, CA. The Bryants and their close friends were flying to Thousand Oaks, CA for a basketball tournament at the Mamba Sports Academy. The other seven victims onboard the aircraft included Orange Coast College baseball coach John Altobelli, his wife Keri and their daughter Alyssa, Sarah Chester and her daughter Payton, Mamba Academy basketball coach Christina Mauser, and pilot Ara Zobayan.

Following the incident, a number of controversies began to arise. As fans, teammates, and people all over the world mourned Bryant’s death, some couldn’t help but question his legacy. Bryant was not only famously known for his dedication to basketball, leading the Lakers to multiple titles, and for inspiring others to pursue his Mamba mentality. He was a loving father, a hero to his fans, and someone who many would agree genuinely cared. During the last years of his life, Bryant pushed for mental health and anxiety awareness; he created a fighter’s union for UFC and supported women’s basketball.

Senior Rasheed Tarhuni is one of many affected by Bryant’s death. Tarhuni played soccer and basketball growing up and had a Kobe jersey. He first heard of the news through friends who sent him a picture of a TMZ news headline, but did not believe it was true until CNN and NBC reported the helicopter accident.

“You always just had to idolize that one player that you connect to, and Kobe Bryant did a good job at doing that,” Tarhuni said. “Kobe was able to touch so many people’s lives indirectly; he connected to me and my family.”

The legacy that Bryant built was without a doubt impressive, but like everyone else, he wasn’t perfect. In 2003, Bryant was charged with rape, and though the case was later dropped and settled in a civil lawsuit, he was dragged by media outlets everywhere. After his death, several journalists took the initiative of bringing up the incident; some who did were suspended. Was it something worth bringing up? Does Bryant deserve forgiveness?

I personally believe that it wasn’t appropriate to shed light on the worst moment of Bryant’s life less than a week after his death. His family, friends, and fans are all still grieving his death, and though it is important to address that he was accused of such a grave allegation, it simply isn’t morally correct to do so at this time.

Tarhuni also felt that the journalists violated a sense of morality. He believes that those who wrote about the incident in a disrespectful manner did deserve the suspensions that they received.

“When someone dies like that, someone of importance who has made such a big impact on the world in such a positive way, you shouldn’t bring to light the the negative aspects of their life right when they die,” Tarhuni said.

I support the Me Too movement and I see where other journalists and people are coming from, but with their poor timing their intentions did more harm than good. It took several years for the Me Too movement to have the large force of people standing behind it that it does now; because of this, it is also important to preserve the state that it’s in. It’s important to respectfully and cautiously approach calling attention to an incident involving an influential figure, especially one who is no longer with us, because the movement may lose support that it needs to stay strong.

Tarhuni believes that while Bryant’s case is undismissable, he still earned his forgiveness through the actions that he took following the incident.

“For athletes in general, if you do something bad you need to own up to it and I think Kobe did that; he apologized for that situation,” Tarhuni said. “You have to be a person at the end of the day, you have to know what’s right and wrong.”

Do I think that the journalists who were suspended deserved such a punishment? No. Whether their intentions were good or bad, punishing them for their opinion, as untimely as it may have been, wasn’t the answer. I myself don’t know when it will ever be the right time to talk about Bryant’s case, but I do know that less than a week or even two weeks after his passing is too soon. As a fan of Bryant’s and as a supporter of Me Too, my deepest condolences go to the lives affected by his death.

“He’s not only going to be remembered by the basketball world, but the entire world,” Tarhuni said.