Pineapple pizza, a disgrace to humanity 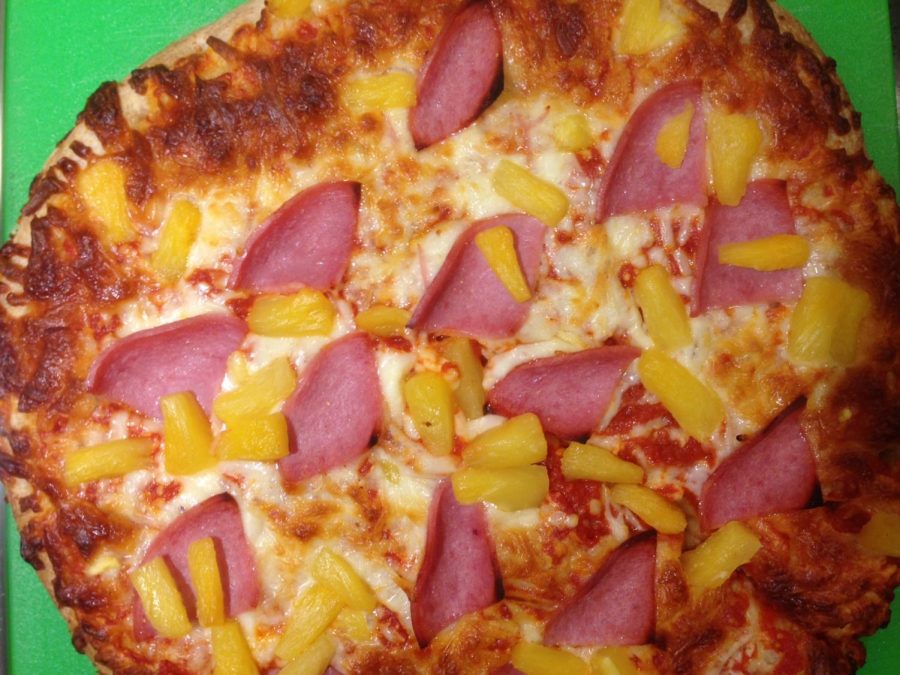 Yes, it's pineapple pizza. Some people think it's delicious. Others despise it. Whatever the case, the debate is here to stay.

Pineapple on pizza is perhaps one of the greatest controversies to rock the United States and even the world. Originating from a small restaurant in Canada, pineapple pizza has been actively destroying families and friendships since 1962. While a small minority enjoy this interesting combination of flavors, many despise it.

Senior Ellie Hajduk is one such critic of pineapple pizza.

“I think it’s disgusting,” Hajduk said. “Something that is supposed to be cold shouldn’t be on a hot pizza.”

Senior Corbin Wilson agrees. “There should not be anything sweet on pizza,” Wilson said. “Pizza is not a dessert.”

Freshman Victoria Simonetti is also extremely passionate about the issue.

“[Pineapple] makes the crust soggy,” Simonetti said. “It ruins the texture and it doesn’t make it any healthier.”

Now that you’ve heard a few intellectuals explain why pineapple on pizza is so bad, let’s get to the straight facts. Here are ten reasons pineapple pizza is the worst food combination ever created:

By eating pineapple you’re basically eating Spongebob’s house. Now he’s homeless. Nice job.
Pineapple pizza isn’t actually from Hawaii. It’s from Canada. In other words, pineapple pizza is full of lies.
Pineapple is generally considered healthy. Why would you spoil an unhealthy food with a healthy topping?
Pineapples take approximately two years before they are ready to harvest. That’s a long time just to be sliced up and eaten.
Scientifically speaking, pineapple is a berry. Who puts berries on pizza? Crazy people, that’s who.
Professional chef Gordon Ramsey says pineapple doesn’t belong on pizza. Therefore, pineapple does not belong on pizza. No one questions Gordon Ramsey.
Tomato sauce is an acidic food and so is pineapple. Too many acidic foods at once and you might melt your insides.
Even the president of Iceland, Guðni Th. Jóhannesson, hates pineapple pizza. In 2017, Jóhannesson stated on Twitter that he would “ban pineapple pizza if [he] had the power to set laws.”
If you do put pineapple on pizza, the awful taste of pineapple stays there forever, even if you pick it off.
Even if you enjoy the sweetness that pineapple pizza has to offer, just don’t put it on pizza. Pineapple might be sweet, but it sure as hell doesn’t mix with cheese and bread. Be a normal person and treat your sweet tooth with healthier options, like ice cream or chocolate.

Tigard, what do you think? Weigh in on pineapple pizza below.