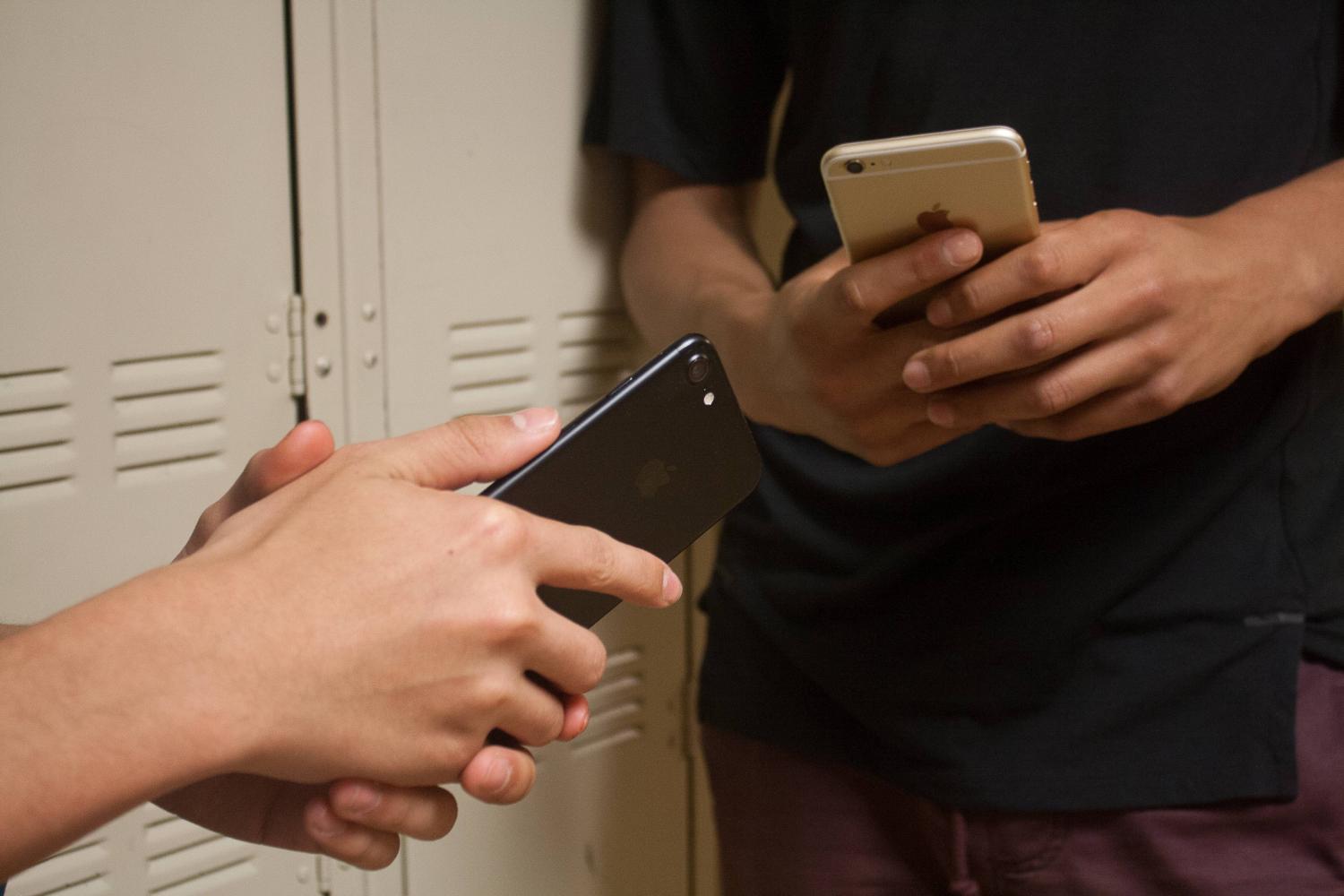 Without a doubt, Snapchat is one of the most popular and widely used forms of social media at Tigard High. Everyone is capable of saying anything they want to online, sharing their stories, thoughts, and messages to the world instantly. Yet even if Snapchat stories disappear over time, there are obvious boundaries as to how much someone should actually say online, no matter how strong one’s opinions are. The recent Snapchat incident at Tigard High was a prime example that in certain situations, digital communication can be severely misused.

Three weeks ago, Snapchat released a new feature allowing users to add posts onto an entire location’s ‘story’, rather than on their individual accounts. This meant that the story would be visible to everyone within that location, and anyone could add onto it.

In Tigard High’s case, however, this update quickly proved to be far more detrimental than it was beneficial. Shortly after the app was updated, a story was created in Tigard High’s area. “I think people saw it as an opportunity to mess with the school, or to just troll the school,” junior Marco Fabela said. For whatever reason, nearly all of the posts added to the story contained images or comments that were racist, sexist, homophobic, anti-religious, or offensive in another manner.

To make matters worse, because of Snapchat’s location feature, all of the posts were grouped under Tigard High School’s name.

The posts continued for days until they finally slowed down and the story expired. The posts’ implications triggered an immediate response from the school’s administration, who addressed all students and their families on May 25. Principal Andrew Van Fleet and associate principal Amber Fields took charge of the matter.

“We have no jurisdiction with what people do at home,” Fields said, “but when it impacts the school… it created an educational disruption. There were so many students that came forward out of concern.” The majority of the students involved in the posts were identified by the administration. The specific details involving the disciplinary actions taken against those individuals will not be shared, but no students have yet faced direct expulsion.

Unfortunately, the response was still too late for everyone who had already seen the posts. After the Thursday announcement, Friday turned out to be an awkward school day. The issue was discussed throughout the school and beyond, and even made it to local news. On the same day, three students passed out in the ceramics room, which only added more panic to the hectic week. As students were finally dismissed for a long holiday weekend, Tigard High was left with a hole in its reputation.

There are mixed opinions regarding the immediate response that the administration took against the posts. Some students believe that the announcement and email to parents was rash, and was too stern towards the entire student body instead of those who were involved; others think it was a good choice to talk to all the students in a disciplinary way. “I think what they did was justified. There was no other way they could have fixed it,” junior Geoff Bailey said.

Nonetheless, Van Fleet believes it was the right decision to address the student body as a whole. “Based on the level of comments that were made, and the volume of people who made those posts, do I think we overdid it in my address to the students? Absolutely not,” Van Fleet said. “It’s harmful, it’s divisive, and I would never tolerate people making fun of anybody in the school.”

This school is not the only one to have suffered from digital misuse. Very recently, Harvard University rescinded the admission of ten potential students who created a Facebook page that contained racist, anti-religious, and pedophilic posts.

As IB Psychology teacher Fred Holtz noted, the ultimate reason for discrimination like this comes from people’s natural drive for power. “They like the effect it has on other people, even if it’s negative,” Holtz said. “… they thought they could get what they wanted without paying the price. It just turns out that wasn’t true.” No level of animosity can change how people are affected by dark humor.

The issue has since been rectified and the school quieted down from this incident. However, the administration is discussing how to turn the outcome of this occurrence into a positive learning experience for the next school year and many years after.

“There are many things we can do to set the proper tone for what it means to be a high school student and a contributing, positive member of the community,” Van Fleet said. Students could expect a slightly different curriculum with the potential addition of advisory lessons based on community etiquette and proper handling of social situations.

The school’s trauma counselor, Alfonso Ramírez, developed the lesson plan, which will hopefully grant students an opportunity to share their thoughts with others in a safe environment. “Our goal is to be a community again, where you can walk through this building as you are and feel okay,” Fields said. “What we become on the other end of this is what’s important.”

No matter who was involved in the posts, it is still important for everyone to acknowledge the lesson that can be taken from that week. People need to be conscious of what they post, because whatever they say online represents themselves in reality. That unnecessary humor can become part of someone’s personality, and it ends up hurting themselves and everyone else. “Social media allows us to make some terrible communication errors via our impulsivity,” Van Fleet said. “You need to watch your thoughts, because they eventually become your words. And you need to watch your words, because they eventually become your actions.”