You might not "like" this- Instagram's CEO unveils the deletion of public likes on its social media posts. 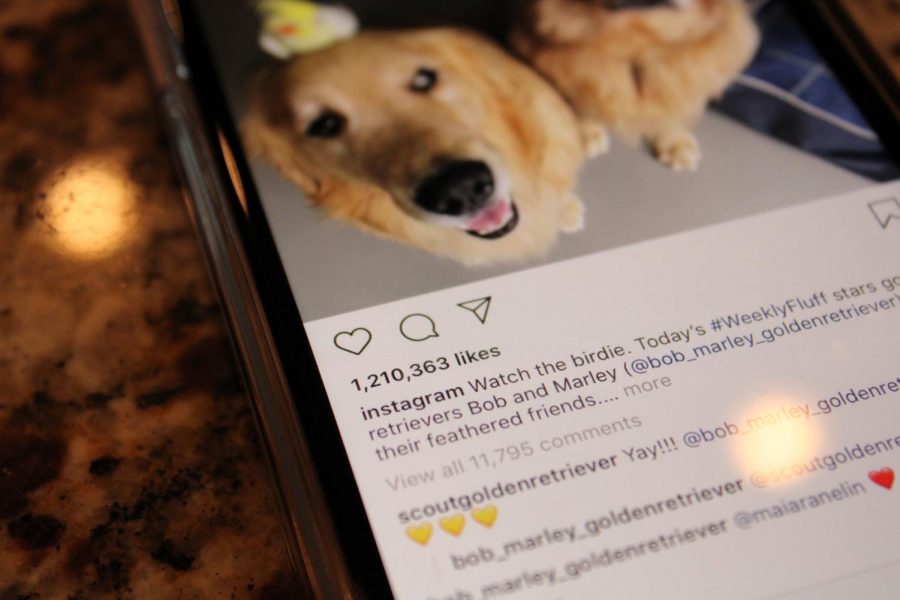 One of Instagram's social media posts, with over 1.2 million likes. Soon, public display of likes will be no more, according to Instagram CEO Adam Mosseri

By Abbi Elliott and Delena Do

The obsession with “likes” on Instagram has slowly taken priority over the original purpose of posting on social media. Many people—especially among the younger generations—seem to have forgotten the true purpose of social media, choosing to focus on the numbers instead.

Social media platforms like Facebook and Instagram allow users to share special occasions, events, emotional changes, and random news with others daily. However, there is a belief embedded in old and young users alike that the amount of likes you get on a post defines your popularity and self-worth.

The pressure to get more likes continues to grow as social media becomes a more integral part of society. This in turn can cause users to suffer unhealthy obsessions over likes and an ultimate decrease in younger generations’ self-esteem and mental wellbeing. As a result, Instagram has come up with one solution to help steer users away from likes and move back to the app’s original purpose—connecting with others. As a start, Instagram is removing a foundational component of its app.

Adam Mosseri, Instagram’s CEO, announced that Instagram will no longer publicly display the number of likes on posts. This does not mean that likes will be completely removed.  Instead, likes will be private and can only be viewed by the person who posted the content. As of right now, this feature is in its early stages, meaning that only some accounts will have access to no-like posts at this time. However, this feature is expected to affect all accounts over time.

“I think it’s good because then people aren’t obsessed with how many likes they got on each picture and they aren’t self-conscious of what they post,” sophomore Haley Cabrera said.

“This insecurity defeats the purpose of Instagram because most people use the app to see who likes it instead of enjoying the post,” sophomore Emily Hong says.

Many are praising Instagram for pushing forward in an attempt to advocate mental positivity and to decrease mental illnesses. However, some say this will not change anything because users can still see their own likes.

“I don’t think changing it would affect much because people can see the likes they get so they’ll still be potentially insecure,” sophomore Levi Vorvick said. Additionally, others argue that not too many are so obsessed with likes as that was never the purpose of Instagram.

Although feedback from Instagram’s recent decisions earned much praise and criticism from all its users, it is still part of an effort in the ongoing battle to improve societal mental health. As of now, it is still too early to know whether this will end up being a positive change or useless addition.