Kids scream at their parents to come over to the STUDD booth. What got their attention was the wheel bursting with colors. 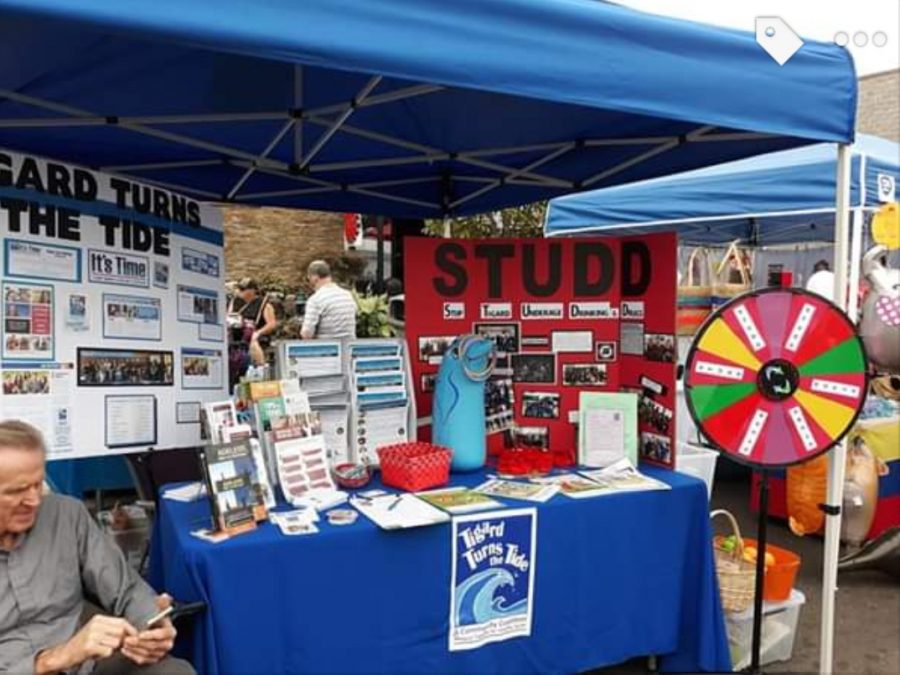 STUDD advertises their student club and adult community provider, Tigard Turns the Tide, at the Tigard Street Fair on Sept. 14. The colorful wheel attracted many kids.

Stop Tigard Underage Drinking and Drug use (STUDD), alongside Tigard Turns the Tide, held a stand on the streets of downtown Tigard for the Tigard Family Fest Street Fair on Sept. 14.

STUDD works to resolve problems created by drug use in Tigard, and educates others about said drug use problems. They also motivate teens and adults to have a healthier life by not inducing drugs in any kind. Tigard Turns the Tide is an adult version of STUDD; it is a group of adults who help prevent students using drugs, and to ensure students to have a happy and healthy life.

Connie Ramaekers, president of Tigard Turns the Tide and an adult president of STUDD, explains the meaning of the club.

“Our mission is to help kids grow up healthy, strong and drug-free,” Raemakers said.

STUDD wanted to help make a healthier community. STUDD member Jack Fisk said what stood out to him at the event was the STUDD “slice”, a spin wheel stationed at the booth. Each part of the wheel was like a piece of pizza, causing all the kids present to eat the enjoyment of spinning the wheel and winning prizes.  STUDD volunteers would ask a question about being healthy first, and if the kid got it right, they were allowed to spin a wheel for a prize. Nearly all the prize bags were gone by the end of the event. Fisk thought that the stand was definitely worth it.

“All the kids got excited; even if they didn’t get their prize they wanted, they thought [the wheel] was really cool,”Fisk said.

Sophomore and STUDD member Joseph Oldham reflected on the most influential part of the STUDD slice.

“Some of the adults didn’t know the answer to the question; it was more like an eye opener to see what is going on,” Oldham said. “For the little kids, the questions we asked was probably the most influential.”

Raemakers said that 200 kids came over to their booth. Not only did the kids have a great time spinning the wheel and winning prizes, but they learned several healthy habits as well. Each child had different ranges of knowledge of health. What the most impactful experience was  watching kids think about answering the health questions. Fisk could see the change, the kids thinking and problem solving helped improve them and learn how to take care of their body.