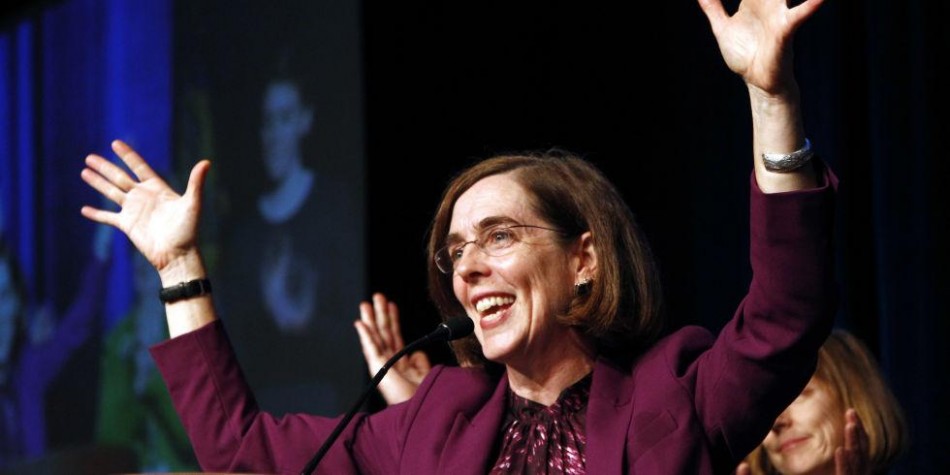 Following the scandals and resignation of former Oregon governor John Kitzhaber, Democrat Kate Brown took his place this Wednesday morning. The switch will not only provide cultural polarity with stark differences from Kitzhaber, but with Brown’s firm activism, some immediate changes will take place.

67 year old Kitzhaber was well known for his ability to “relate to the common man” with his casual attire. He focused a large portion of his efforts on gaining support from the more rural and conservative areas, and striving for economic equality in growth.

In contrast, his successor is an avid tandem bike rider, hiker, and yoga enthusiast. Brown is a 54 year old active supporter of the LGBT community and the first openly bisexual governor in the country. Living in socially liberal Southeast Portland, she has already received praise and support from many people.

The mayor of Portland, Charlie Hales, has openly spoken about his confidence in Brown’s role as governor.

“The challenges ahead of her are enormous, and she is exactly the right person, at the right time, to take them on,” Hales said. “I have great faith in Kate Brown as a partner in governance, as a civic leader, and as a Portlander.”

In her acceptance speech, Brown emphasized the importance and outlined the plans for creating well paying jobs and restoring the citizen’s faith in the government.

“Governor Kitzhaber dedicated most of his life to serving the people of Oregon,” she said during the ceremony. “His contributions to our state are well woven into the fabric of our public life. But now we must restore the public’s trust.”

Brown has been a political leader in Oregon since 1991 when she joined Oregon’s State House as a lawmaker. In 1997, she was elected to the state Senate serving a district representing part of Portland. She quickly became the Democratic leader before she eventually became the state’s first female Senate Majority Leader in 2004. Four years later, she left the state Senate and became secretary of state.

According to Oregon’s secretary of state website, Brown removed barriers to voter registration, reduced red tape for businesses and entrepreneurs, and focused audits on improving education and providing better services for the most vulnerable Oregonians.

Brown also has experience in family and juvenile law. She has a law degree from Lewis and Clark Law School and a Bachelor of Arts in environmental conservation with a women’s studies certificate from University of Colorado Boulder.