The horrors of dog breeding

In 2012, 2.7 million adoptable dogs and cats were euthanized. While some people purchase dogs and cats from breeders or puppy mills, other animals are sitting in cages in a shelter, waiting for a home they may never get.

Out of the millions of dogs and cats adopted each year, some are adopted from shelters and rescues like the Oregon Humane Society, while others are purchased from breeders or puppy mills. Breeders, along with puppy mills, are very controversial and it truly depends on one’s beliefs. Though some don’t care how or where they get their pet, it makes a tremendous impact on the population and the future of the business.

Puppy mills are large commercial dog breeders, however, apart from traditional dog breeders the quality and health of the animals are not valued as opposed to profit of the business. Conditions in puppy mills are usually unsanitary and the dogs are crammed with several others in one cage. Some of the major diseases and illness common among dogs in puppy mills are epilepsy, respiratory disorders, heart disease, along with many more. Other than severe health risks, puppies aren’t exposed to essential experiences such as interacting with humans and gaining important social skills in which they need. Dogs can also carry diseases from the mill into the pet store or even their new home once adopted. 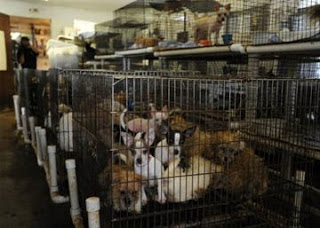 Breeders are a very common place in which people get their dogs or cats. Typically, breeders tend to be more common among dogs as opposed to cats, though both can be found through breeders. People pay hundreds to thousands of dollars on a single puppy or kitten for a variety of reasons. It’s common that people go to breeders when they want a dog for a certain purpose such as hunting, guide dogs, or show dogs. Others prefer to purchase dogs or cats from breeders because they like to have more information about the breed, they can meet the parents, they may want a specific breed of dog, along with many other reasons people find comforting. Though some people prefer to have the luxury of having a lot of information about their puppy or kitten, there are many reasons why not to purchase from a breeder. There are millions of dogs and cats without a home. These animals are robbed the opportunity to live a happy life with a family they deserve due to many reasons, one of which being that people are getting their pets from other places such as breeders. While millions of puppies and kittens, along with older dogs and cats, are being euthanized each year because people don’t want them, breeders are bringing more animals into the world, creating an absurd number of animals, and not enough homes. By purchasing from a breeder rather than saving a life, people are supporting a business that is bringing more animals into the world, leaving the animals without homes and to live their lives in a cage until they are euthanized or die. 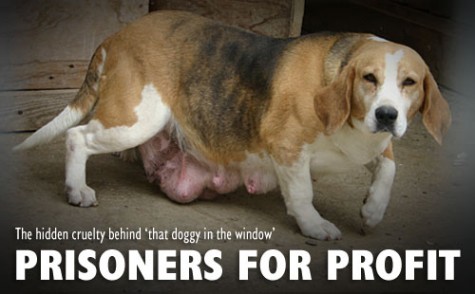 While infatuated with the wiggly balls of fur at the pet store, most people don’t stop and think about where these puppies came from. Puppies at the pet store come from a variety of places including puppy mills, dog breeders, or shelters. Though some may think adopting a puppy that originated in a puppy mill or a breeder has no impact on the past, it does. By purchasing a puppy from a puppy mill or a breeder, you are supporting the business, encouraging them to continue doing what they are doing. Millions of dogs and cats are being put to sleep each year because they can’t find homes, meanwhile breeders and puppy mills are bringing millions of animals into the world just to start the cycle all over again.