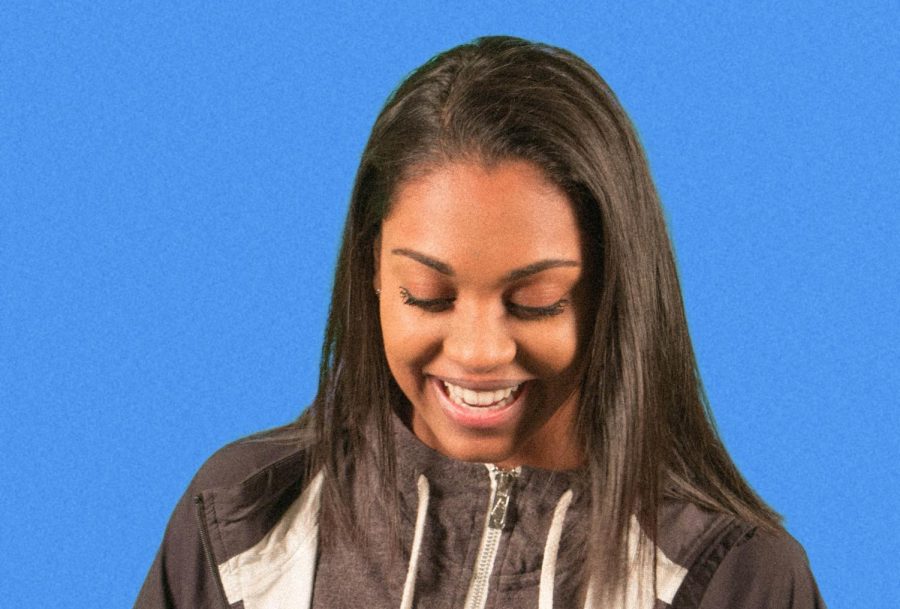 As the sun beats down on the soccer field, the happiness of the team spreads, working hard and having fun at practice. Everyone gathers around to listen to the student head coach who has a beaming smile on her face.

That head coach, senior Morgan Truair, has a long history of playing soccer and enjoys helping others while participating in the sport she loves.

Morgan began playing soccer in the first grade and even at a young age, it was obvious that she had found her passion. She continued to play recreational soccer for five years and began club soccer at BSC Oregon in the sixth grade, where she continued playing for another six years. She had the opportunity to play in State Cups, fall and spring leagues, summer tournaments, and college showcases. The teams she played on were selective, and it was more difficult to make a team than other clubs or organizations. She also began playing for Tigard High’s soccer team as a freshman and enjoyed the aspect of being involved in the school; however, she quit her junior year to focus on school and leadership.

As a freshman, she also joined the Unified soccer program, which allows students with disabilities, and/or special needs (also known as athletes), to get involved with the school and meet new people while playing the game of soccer. Her parents encouraged her to take part in the program because her brother, Mitchel, was an athlete on the team, and her family was fairly close with Sela Braizer, Tigard alumni who started the team. After only one practice, she knew that this was something she wanted to pursue throughout the rest of her high school career.

The Unified program is fairly new to the Tigard community but nonetheless builds community and radiates happiness. “I knew that Unified would be enjoyable, but I never could have expected it to be as life changing as it was,” Truair said. The program has had a positive effect on many people. It seems that heartfelt enthusiasm continues not only with the athletes but with the partners (those that volunteer to assist) as well.

This program has been so beneficial to not only Morgan but to her entire family and many other families involved. “I remember our first Unified tournament, I went up to Sela and hugged her, crying. I thanked her for giving my brother an opportunity to do something I never thought I’d see him do.” Truair said.

No doubt, Truair is the perfect fit for a student head coach because the program ties both of her passions,soccer and helping others, together. She has the innate ability, from her own personal experiences, to understand the depth of how Unified touches many people. The program alone has taken her so far already, giving her the opportunity to form new relationships with other athletes as well as partners.

As a student coach, she is involved in all of the behind the scenes work such as faxing applications and making sure physicals are completed. Not only that, but she works on creating the teams and making sure not to break bonds between athletes and partners because many are returning players.

Each partner bonds with one or more of the athletes and is able to create a strong relationship that turns into notable partnerships and Morgan’s experience is no different. She was lucky enough to get to know Bryce Ryall, an athlete on the team who had been in her brother’s class for many years. She went from being a familiar face to Ryall to building a friendship that will last. “Bryce calls me almost everyday after school and we love to talk about cars. He knows how to make me smile, and I know that I can always count on Bryce to brighten up my day. I hope he knows I will always be there for him, and that I’m not going anywhere,” Truair said.

Truair has been a vital part to the team and her positive attitude and determination as a leader brought the team to where they are today. “Not only has she been a huge figure behind the scenes, she’s been a leader on the field; a leader who our kids look up to and always love seeing every day,” Tigard alumna Brittney Eng, Class of 2017, said.

She has inspired many other partners and student coaches who have worked with her personally. “Her energy is unbeatable and her love for the athletes and program is inspiring everyone to keep it going,” junior Delaney Kludt said.

Not only is Morgan dedicated to Unified, but she also works with Special Olympics Oregon, who help make Unified possible. This summer, Special Olympics Oregon was able to send Truair to Chicago to represent the Portland Timbers and play at the MLS All Star game alongside 44 athletes and partners from 22 other states. “I was able to see Unified at the next level and came home with an even deeper appreciation for the program and the heart behind it,” Truair said.

Morgan’s impact on others is evident. Her kind-heartedness is contagious. “Morgan has taught me what it means to truly be on the same team with one another. The more we worked together, it was like we were one mind,” Eng said.

She has inspired other student coaches who worked alongside her with her ability to always put the athletes first. “The amount of passion and creativity she put into every meeting and in every practice shows how dedicated she is to this team,” Eng said.

Just like Morgan’s impact to the program, the athletes have done the same for her. The enlightenment is double-sided. The effort she puts forth into the teams continues to form her love for what she does; working with the athletes has affected her for the better. It has given her a better understanding of individuals with intellectual disabilities. She has the opportunity to watch every athlete grow throughout each new season and understand that regardless of their age,  everyone struggles. “There is never going to be a time in my life where I want to stop helping them, or caring, because I know that they will always need it. I think Unified is a great stepping stone to show athletes that they are not defined by their disability and that they are capable of whatever they set their mind to,” Truair said.

Morgan has put her hard work and dedication towards this program as well as everything she does. She has made a positive impact on many and will continue to help others.