As school shootings continue to rise, Tigard has taken a number of measures to improve school safety. 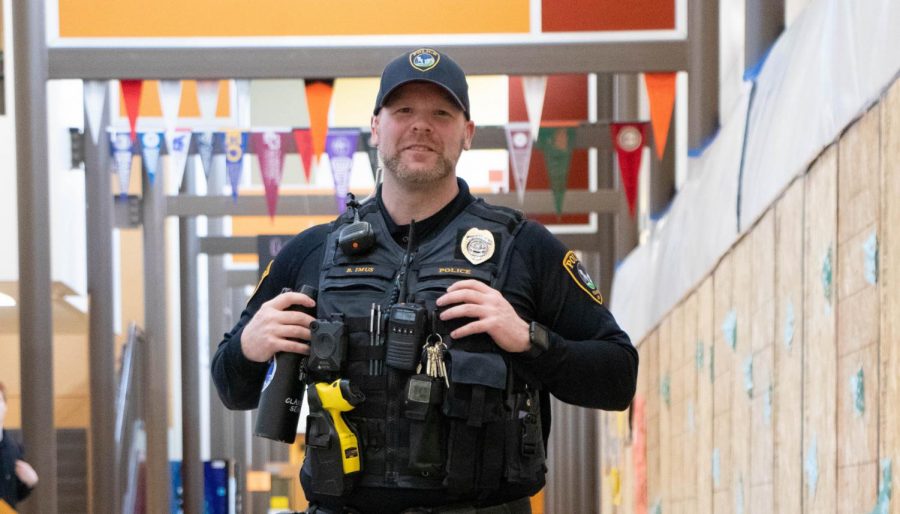 Last year alone, of the 417 mass shootings in the U.S. according to the Gun Violence Archive (GVA), 45 were school-related. As the number of shootings continues to rise nationwide, it is important to take a look at what the Tigard community is doing to prepare.

Student Resource Officer Brian Imus assures everyone that he and the rest of the Tigard Police Department (TPD) incorporate active shooting training into their regular training.

“First and foremost, we would go andlook for what are called indicators,” Imussaid. “What we’re trying to do is head straight towards where we believe the threat is.”

Tigard has received threats in the past, but none serious enough for the school to go through with its Standard Response Protocol (SRP). SRP is a nationwide program enforced by thousands of schools in the U.S. and Canada; its guidelines are located in every classroom and office. These guidelines provide instructions that correspond to lockout, lockdown, evacuation, and shelter drills.

Aside from continued regular drill practice, Associate Principal and Safety Coordinator Angelita Miller explains that Tigard will be implementing additional safety measures once construction is complete so that students will feel more protected. Eventually, all Tigard-Tualatin schools will have a front office vestibule such as the one currently at Tigard.Anyone entering the building must first come through the vestibule, identify themselves, and wait for someone from the main office to let them in. They are kept there until they are cleared.

“The final plan is that all perimeterdoors are going to be locked and [students] can only get in through the front door,” Miller said.

“That’s why we have the district safety committee, so that we can bring up issues and make things better for all schools in our district,” Miller said. “Everything is updating according to what’s happening in the world and in our country.”

“There are pieces of our response that we don’t share yet because we don’t wantthose out,” said Principal Brian Baileysaid. “That’s anything from from our initial response to a threat that’s inside of the building to how we’re even going to reunify at the end of an event.”

Bailey adds that any student who threatens the school, whether or not the threat is legitimate, will face consequences.

“We have some rules and some laws that we have to follow when it comes to student discipline,” Bailey said. “It can go anywhere from minimalconsequences all the way up to expulsionif it significantly disrupts the learningenvironment.”

The few times that Tigard has faced non-legitimate threats, TPD has had the perpetrator take a threat assessment to make sure they’re not targeting the school. Administrators will also typically arrange to have extra security at the school following the incident to make people feel more safe, according to Imus.

Despite of Tigard’s many safety efforts,in the end, what’s truly important is
how students feel at school. Senior Corin Hartnell says that although resourceofficers make her feel safe, buildingsecurity is still lax.

“I think that we could start likeactually locking the doors after passing times to keep the campus more secure,”Hartnell said. “It would be very easy foran intruder to enter the building, but oncea threat is identified, the school wouldprobably handle [the situation] properly.”

Another safety measure Tigard could implement to make the school safer are more mental health resources. Mental illness has been historically linked to a number of mass shooters, according to factcheck.org, so how can schools help resolve this? Bailey has a couple of ideas in mind.

Another controversial issue that surrounds mass shootings is the ease with which a gun can be obtained. The U.S. is one of the countries that has the fewest steps when it comes to legallypurchasing a gun. You first pass an instant background check, then you obtain a gun.Many, Imus and Bailey included, have mixed thoughts on the current process.

“My personal opinion is to keep guns away from people that shouldn’t have them, but also not over-regulate people who have the right to have those arms aswell,” Imus said.

Bailey, on his part, is astonished byhow divided the issue is. Ultimately, he’d like for the country as a whole to have a conversation regarding safety and wellbeing of young people.

“As a country and as a society, we can come together and meet in the middle that still protects Second Amendment rights while also protecting innocent victims throughout the country,” Bailey said.

To prevent a possible tragedy, students are highly encouraged to report to administrators or to SafeOregon if they overhear peers discussing something that sparks concern. Taking school drills seriously is also something students must try to do. If a real event took place,students would need to act as quickly andeffectively as possible- this efficiency canbe improved through regularly practiced drills. Although it doesn’t seem like much, a small act like that can save lives.

“See something, tell someone. If yousee or hear anything, you need to tell somebody. Even if you don’t think it’s real, let us decide if it’s a real threat ornot,” Bailey said.