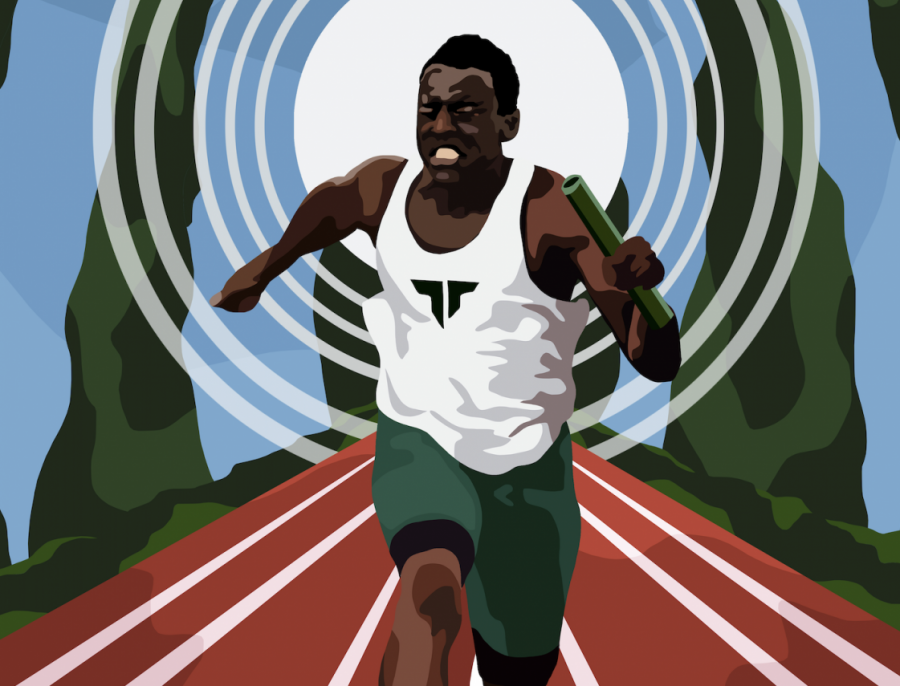 Alex Oyombe Gradin was seen as many things to his friends, family, and peers. Many would describe him as a devoted teammate, kind-hearted, driven, loyal, and above all loving. Gradin graduated in 2016 and was a junior at Lane Community College in Eugene studying business.

Alex passed away in the early morningon May 4 in Eugene from a shooting that happened behind a bar and grill.

Although this was a tragic event and something no family should have to go through, the Gradin’s look back on the amazing moments they spent with Alex instead of focusing on the huge loss they have experienced.

“I loved his laugh,” Grace said. “It was loud but exuberant and made everyone around him laugh.”

Alex’s mom, Sally Gradin remembers whenhe took the time to see her on Mother’s Day while he was going to school in Eugene.

“Alex made sure he got with me, so we met up at Waterfront Park in Salem,” Sally said.

Together they walked around the park and rode on the carousel.

“He didn’t think [the carousel] was toochildish; he seemed to have fun goofing around on it with me,” Sally said. “I have nice picturesfrom that day, and the cap he was wearing is hanging on my closet.”

A close friend of Gradin’s, Michael Casugay, who ran track and played football with Alex, shared that his favorite moments with him were definitely the car rides with the music turned all the way up.

Through football, Alex not only got to tap into his athletic side but also found ways to make a difference in Tigard’s community. Out of the many everlasting memories Alex created at Tigard High, Sally believes his favorite moment happened on the football field.

“One [moment] he talked about more than others was the football game where they featured Holly Bruno, a little girl who was fighting cancer where he was one of the four football players chosen to escort her onto the field,” Sally said. “What she was going through really touched him, and he felt so honored to be able to do that for her.”

Through the pain of losing a family member the Gradins have been able to come together and rely on each other during one of the hardest times in their life.

“Your whole world changes when you hear something like this,” Grace said. “You need to learn how to cope and the best way to cope is with family.”

Although Alex left, his impact and the memories others have of him will live on forever.

“I hope others can remember just how inviting and open he was to people [through] his smile, laugh, and loving nature towards people,” Sally said.“Despite however people knew him, he had grown to a point of how it would help others.”

With this tough season the Gradin’s havebeen facing and will continue to experience,they thank everyone who has been there for them but ask others understand they are still working through their loss.

“Just be mindful that we’re going through something hard,” Grace said. “Be mindful of what you say and do.”

Tigard honored Gradin at the beginning of a home football game on Sept. 20 by giving the family jersey and other awards that he was given. The team also ran out of the locker room with the Kenyan flag, the country Gradin was born in, along with a moment of silence and retiring his jersey, number 23.