Amanda and Tyler Davila: A long history of Valentine’s Days 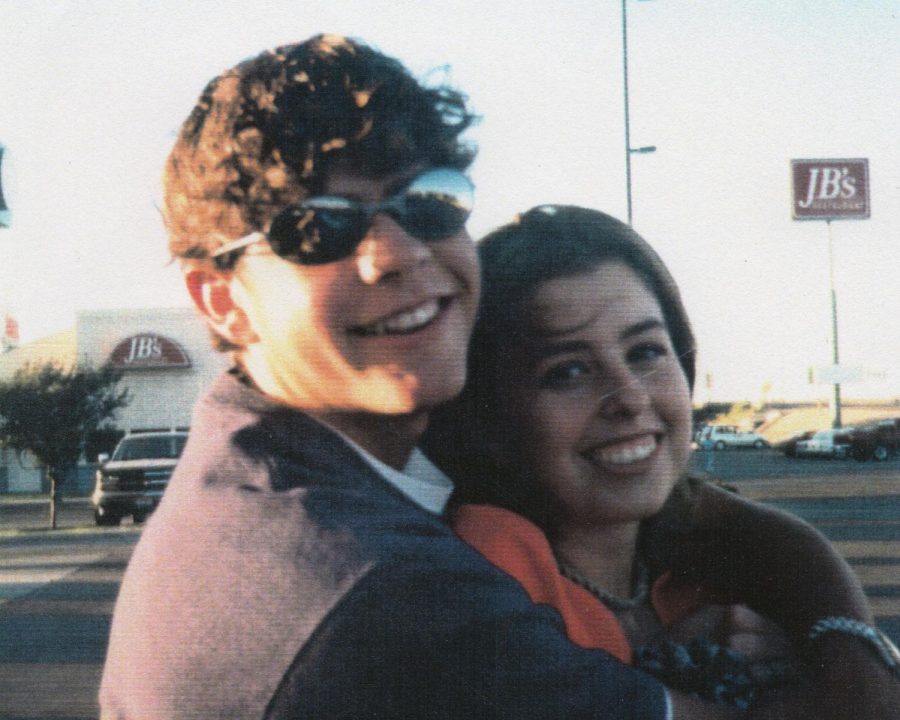 Tyler and Amanda Davila have known each other since attending elementary school together in Ontario, Ore. They started dating in high school. "Tyler was 18 and I was 17," Amanda said about this photo. "We were headed to the Western Idaho Fair in Boise, Idaho."

Not many couples can say they’ve seen each other in the school hallways since kindergarten.

Tigard’s very own learning specialist and NHS advisor Amanda Davila and vice principal Tyler Davila both attended Aken Elementary school in Ontario, Ore. Through the years they became better friends and started dating in high school. From there they both attended Trigger Valley Community College, and after two years transferred to Eastern Oregon, where they studied distance education.

While they have both worked in education for many years, until recently, they had never worked at the same school. Four years ago they were both offered positions at Tigard.

“Technically she was offered a position before I was,” Tyler said. “But we did paperwork at the same time.”

As they’ve been working together for four years, Amanda remembers one Valentine’s Day when her husband brought her a little plant.

“[He] brought that to me to work during his prep time, and that was just really nice,” Amanda said.

Davila likes to do random nice things for his wife.

“She’s just not much about the cliche around Valentine’s Day,” Tyler said. “She’d rather have flowers on a random day.”

While students don’t have classes on Valentine’s Day, the staff has an in-service day. So Tyler and Amanda Davila will be at a school together as usual, just like they have been since the days of decorating boxes and handing out cards to everyone in class.