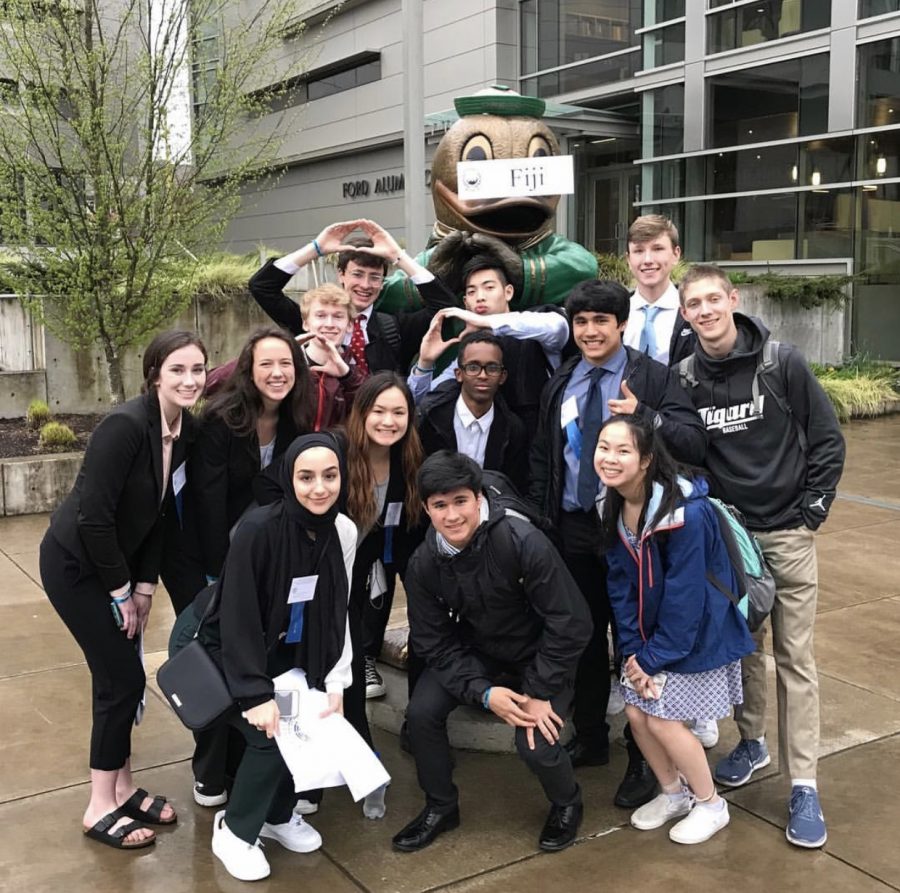 They do it in Japan.

They do it in New York.

They do it at Tigard.

Model United Nations, often called MUN or Model UN, is an extracurricular club offered in thousands of schools around the world ranging from junior high to college tier. Students are offered the opportunity to join the club and become potential leaders. MUN focuses on simulating the United Nations committees, and students role play as delegates.

Each year individual schools are given a country to represent at a state conference. The Oregon conference takes place April 9-11 at the University of Oregon, and the objective is to meet with other high schools that also participate in MUN.

Jessie Abell, MUN advisor, stays back to let students run the club. One of his hopes for MUN is for students to open up more. He recommends this club for students who are interested in pursuing a career in international relations, but it is also a great opportunity to add onto college applications and be open for more scholarships.

Club member, junior Kate Cook enjoys being in the club because of the energy that the group displays.

“It’s super fun and is overall a great place to bond with friends in an educational way,” Cook said.

Members of the club are currently preparing for the yearly conference. Tigard students are representing Somalia. In order to make the club work, co-presidents Iona Collins and Layaal Khellah along with other officers help run the club by preparing everyone for state and setting up meetings.

Senior Collins encourages students to join because the community is tight and everyone has a lot of fun learning.

“It offers people a chance to be a part of something bigger than Tigard, Ore. and bigger than all of America, ” Collins said.

Although the club is fairly small as of right now, senior Khellah said,“the [returning] members all have initiative to enhance the club [because] they all have more passion for the conference experience now that they’ve been to it [the conference].”

Some of the main goals of Model United Nations as a group is to recruit more members and to spread awareness of this club so that one day it becomes bigger.