Students get down to Business 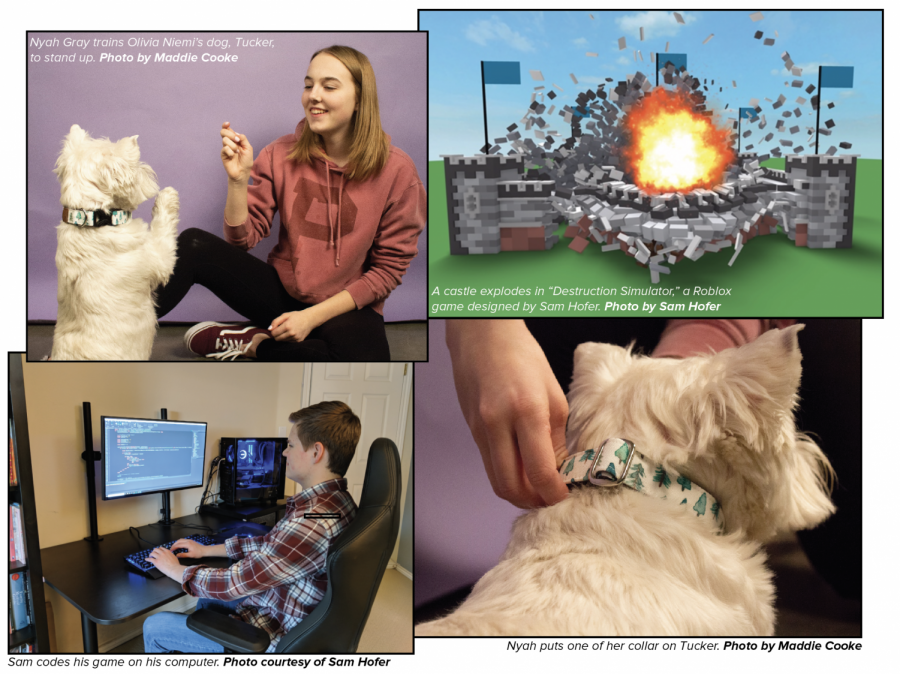 Courtesy of Sam Hofer and by Maddie Cooke

The student entrepreneurs give their advice to anyone looking to start their own business. "Become an insider in whatever you're doing; whatever you're doing you want to be the best at," Sam Hofer said. "Even if it doesn't seem like it'll work out, keep going and push through," Nyah Gray.

Chris McIsaac teaches the visual merchandising class at Tigard and has found a few tips and tricks to help students businesses succeed.

“Get advice and talk to the people who have done it before,” McIsaac said. “That’s huge; always be open to suggestions.”

Even after creating the perfect business plan, things may not go the way it was expected and that’s okay.

Senior Nyah Gray, owner of Gray and Hound, understands this struggle. However, despite these roadblocks, Gray encourages those seeking to start their own business to push through the difficulties, and to keep going.

“Even if it doesn’t seem like it’ll work out, keep on going and push through. No matter if it seems like if it’ll fail or not, eventually people will catch on and find your stuff.” Gray said.

“Be open to whatever comes your way; be flexible, be ready to roll with the punches.” McIsaac said.

Although it may seem that starting a business in high school would come with mostly disadvantages, one overarching advantage students have is 3 months off in a year; also known as summer break.

“Use your free time to your advantage.” McIsaac said. “ You have 3 months that you can be doing something awesome and productive and worthwhile verses just sitting at home doing nothing all summer.”

While Sam Hofer, a junior, was creating his own company, Silky Games, he learned a few tips along the way that he found useful and would be handy for anyone interested in starting their own business.

Along with learning everything about the business you’re curious in going into, make sure that whatever business you chose, it’s something that you like to do.

“[Chose something] you enjoy doing and interested in; you’re not going to want to do something that could be annoying after awhile,” Hofer said.