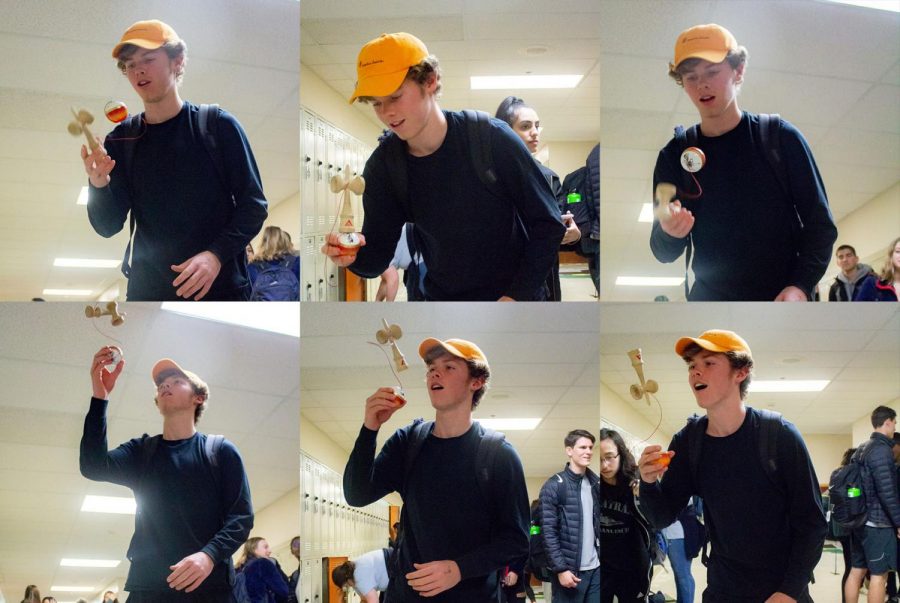 Kendama Club is taking Tigard by storm, drawing attention, interest and participation from all grades. A “kendama” is a Japanese toy that has three cups, a spike and a ball that is attached to the ken. Once students have a kendama to play with, learning to do tricks is just a matter of practice. Many students either have their own tricks they have completed or watch videos online to learn new tricks.

They don’t save the kendamas just for club meetings, often working on tricks whenever they can in the hallways or at lunch. The club started when juniors Jake Martin and Andre Eagles introduced Gareth Kelleher to the Kendama. Kelleher saw the potential in creating a club. All three boys discovered how much fun their kendamas were and how popular they were around other groups of students at Tigard, so they decided to create a club to attract the attention of even more students.

“From this point, more people joined in on the kendama sessions, and a small group formed between all of us,” club president Kelleher said. “I then decided to create a club to get more people interested in kendama.” The club has grown in popularity since it was first started; many students can now be seen with their kendamas around their necks walking through the halls. “Hopefully this club will popularize Kendama at Tigard High School and bring it back to the mainstream,” Kelleher said.

The club has also drawn attention from a company called Active Kendamas, who offered to send them free kendamas to support their club. Kendama Club is currently working on contacting more companies.

Kendama Club plans to meet once a week after school on Wednesdays to learn from each other and practice their tricks, but this may change due to the upcoming winter sports season. If you want to learn more about the club and when they will meet, contact Gareth Kelleher.